I’m excited to share the news that Marcy Hatch and I have added a new team-member for our First Impressions posts!

You’ve all met Marcy by now, hopefully.  She’s the author of West of Paradise (WiDo Publishing, 2014), a time-traveling adventure/romance where Tombstone meets Romancing the Stone.  Marcy blogs at Mainewords. 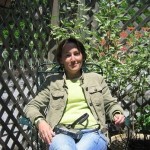 Now we are happy to have Krystalyn Drown joining us. Krystalyn is the author of Legasea (Curiosity Quills Press, 2013), a YA novel that is part murder mystery, part paranormal romance, Tracy Tam: Santa Command (Month9Books, 2014), a MG adventure in which a scientifically minded heroine seeks to disprove the magic of Christmas, and Spirit World, a YA paranormal adventure/romance. Krystalyn blogs at See the Stars. 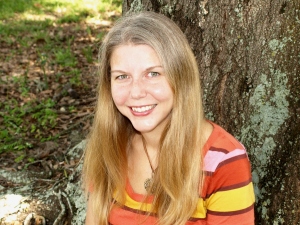 I can’t think of two better people to be giving feedback on your first page. In fact, Marcy and Krystalyn are my #1 CPs and the first people (besides my husband) to see anything I write. We still have 1 spot open for First Impressions in June (at the time I’m writing this), and 3 spots open in July.

While I’m making an all-call for First Impressions, I might as well mention my Monday online chats as well. Every Monday evening, I host a dedicated communal writing time followed by a writers’ chat using a site founded by Tina Laurel Lee. Between 7:30 and 8:00 pm EST, participants check-in at the site and name their goal. Everyone is supposed to put in at least one hour of dedicated writing time and then return at 9:00 pm EST for the chat. We share what we’re working on, brainstorm help for people who might be stuck or need further motivation, and generally cheer each other on.

If you think you might like to participate, let me know, and I’ll send you the link to join us!