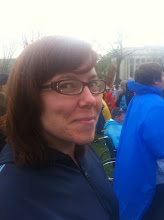 Today I’ve got an early edition of First Impressions to share – not part of our normal series but an offer Marcy Hatch and I made on her blog last week to anyone wanting feedback before entering the first page contest on Writer Therapy.  Check the link for details of the contest. Entries have to be submitted by midnight, September 29, which means Marcy and I are critiquing Libby’s first page today.
This is the first 250 words of Libby’s manuscript, TOUGH GIRL.
Reggie’s finger stiffened over the nozzle of bug spray as she slid slowly across the surface of the playground.  The can felt cool and light.  There wasn’t much poison left, just enough to rid herself of an incredibly annoying pest.
Her feet moved in a gliding motion, careful not to disturb any rocks or kick up dust.  Her invisibility cap kept her hidden from the crowd surrounding the basketball court, but they might notice if she disturbed the world around her.  She’d found the cap in a yard-sale.  It was red and faded and made her completely invisible as long as no one looked at her.
Reggie inched closer and closer to the court, her eyes only breaking from her target to scan for debris below.  There were rumors that the playground was once covered in grass, but it had been killed by trampling feet and neglect long ago, leaving only pebbles and litter for the children of The Apartments to play upon.  A dry condom lay just beyond the toe of her scuffed sneakers.  It was sun bleached a tannish color and blended beautifully into the world around it.  If it hadn’t been torn open, leaving a dangling piece flapping in the wind, she may not have noticed it.  Reggie shuffled to her left, careful to avoid the rumpled heap of paper-thin prophylactic.  It was disgusting, but nothing to fear.  What little use it served was done with, and now it was just another piece of refuse to avoid on her path to vengeance.
Libby didn’t specify whether this manuscript was MG or YA, and reading the first page, I can’t tell. I thought the bit about Reggie sliding and gliding over the playground seemed odd, until I drew the conclusion that she was literally gliding or hovering.  That and the invisibility cap picked up at a yard sale suggest a MG audience to my mind, because we are supposed to accept the magical elements at face value, which sounds like something you’d expect of a younger audience.
But then there’s the condom, which has no place in a MG book. A lot of time is spent on the condom – 92 words in the 250 word sample.  I’m not sure why there is such a focus on this object, when we’d like to know more about what pest Reggie is trying to kill with the bug spray and why she has to be invisible.  I suspect it has something to do with the crowd at the basketball court, but I’m not sure.

In either case, no matter whether this is MG or YA, I’d rather have less condom and more Reggie — not to mention the bug spray, because I’m pretty sure it’s more important than the prophylactic.

Libby, thanks for sharing and good luck in the contest!  Readers, your thoughts? You can read Marcy’s comments at Mainewords and find Libby at her blog.