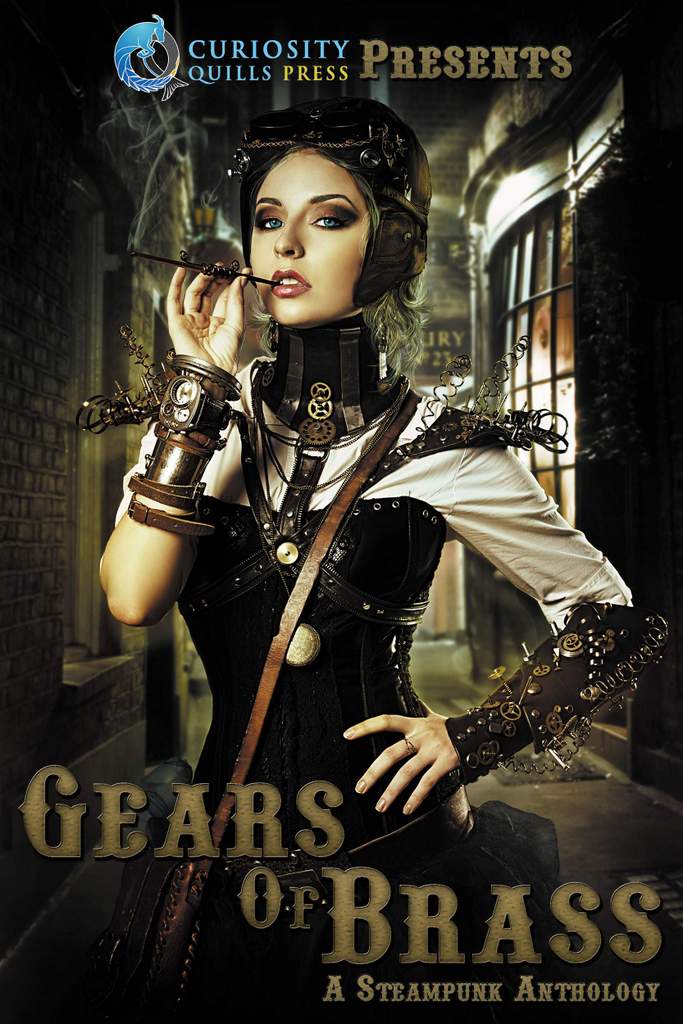 In honor of the release of Gears of Brass, a steampunk anthology published by Curiosity Quills, I am bringing you an interview with S.A. Larsen  (aka Sheri) on the craft of writing in the genre of steampunk …

I was approached by another author, who heard that Curiosity Quills was interested in putting together a group of young adult stories with a steampunk edge. This was an area I’d never worked in before, which gave me pause. But growth as a writer comes from leaping into what we’re less familiar with and learning. That’s what I did.

Ooh, Susan Kaye Quinn explained it wonderfully in the forward she wrote for the book, but I’ll give it a try. I see the world of steampunk  as science fiction meets gadgets and gears powered by steam all weaved in mystery, intrigue, and romance. And lots of times lace, corsets, and some really cool boots. 😉 Steampunk is a form of world a story grows up in and how that world affects the characters and storylines—a unique battery with which to tell a tale.

Great question! Initially, I searched for images dealing with already existing steampunk. These photos or drawings gave me visual insight into the world of steampunk and the Victorian age. From there, my imagination took over. I began comparing what I saw to today’s world of clothing, transportation, food, gadgets, social behaviors, architecture, and employment.

The idea of a spinning wheel producing more than mere yarn has always fascinated me. Call it a writer’s twitch that would never leave me alone. So when I saw all the time pieces within the steampunk images I found, I just had to somehow relate time to a spinning wheel. That led me to some cookie baking to entice detailed terms out of my husband about how car engines, stereo systems, and other electronics of today work. The rest I simply plucked from the far reaches of my brain.

Each story is independent. It would be fun to coordinate them, though. Steampunk elements were our only criteria, though it was suggested that takes on fairytales or folktales would be great.

Honestly, the story is loosely based on the workings of time and most of that I stretched to meet my story goals. I actually incorporated elements from a young adult story idea I had a while back. It was a take on Rumpelstiltskin—thus, the spinning wheel. And then, as I began developing the story, my female lead became one whose way of life had been stolen from her, making survival a struggle—thus, my Cinderella elements. When I began writing TIME SPUN SOULS, I never intended to lean on any fairy tales. But the more I wrote, the more these fit.

5. Can you give us a logline for your story?

Trapped in the clutches of her step-mother’s quest to marry wealthy, a girl is thrust into the underground of forced labor, where yarn is not the only thing she spins. 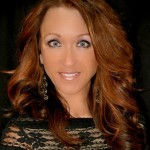 S.A. Larsen is a wordsmith, book cover designer, and avid reader. Her quirky view of life urges her to create unique worlds for exploring the joys and angst of the young adult years, the awkward middle grade years, and the curious younger years of picture books. She is represented by Paula Munier of Talcott Notch Literary.

Her vineyard-set YA novel, MARKED BEAUTY, has received multiple offers of publication and currently remains on submission. She lives in the land of lobsters, snowy winters, and the occasional Eh’ya, with her husband of over twenty years, their four children, a playful pooch Gracie, and two kittens Chloe and Molly.