I was in Alexandria, Virginia this past weekend for a book event and a visit with my brother, who loves to take visitors on the walking Ghost Tour of Old Town. Probably the most fascinating story on the tour was that of the Mysterious Female Stranger. Afterward, I was on the internet until midnight, reading everything I could about this subject, and in the morning before we left for home, I talked my family into visiting her grave.

My family’s used to visiting strange graves by now. At least this one was in a pleasant cemetery! The morning was bright and cheerful, and the popularity of the grave is attested to by the fact that we found a bouquet of flowers lying in tribute to the mysterious young woman when we arrived. 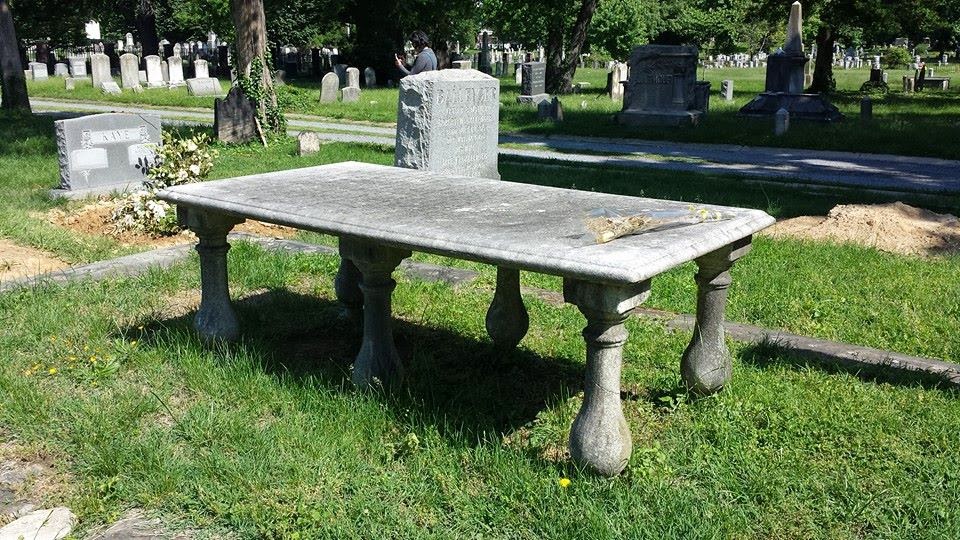 The story of the Female Stranger begins in September 1816, when a ship from the West Indies made an unscheduled stop in Alexandria long enough to put off two passengers: a man and a woman. They were, by appearance and clothing, well-to-do, and the young woman was said to be beautiful. But she was also very ill. The gentleman carried her to the City Hotel, now known as Gadsby’s Tavern, where she was placed in Room 8. The frantic gentleman then called for the best doctor in town, as well as two nurses. Before letting them into the room he made each of them swear an oath on their sacred honor that if — while delirious — his wife revealed her identity, they would take that secret to their graves.

Despite everyone’s valiant efforts, the woman died on October 14, 1816. Her husband paid for an elaborate funeral and a lavish headstone where she was identified as “a Female Stranger.” The epitaph read:

To the memory of a
FEMALE STRANGER
whose mortal sufferings terminated
on the 14th day of October 1816
Aged 23 years and 8 months
This stone was placed here by her disconsolate
Husband in whose arms she sighed out her
latest breath and who under God
did his utmost even to soothe the cold
dead ear of death.
How loved how valued once avails thee not
To Whom related or by whom begot
A heap of dust alone remains of thee
Tis all though art and all the proud shall be
To him gave all the Prophets witness that
through his name whosoever believeth in
him shall receive remission of sins
Acts. 10th Chap. 43rd verse 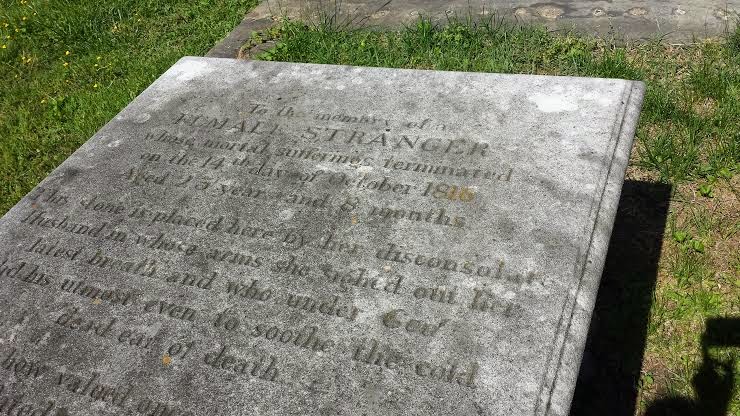 By this time, the man had built up an enormous bill at the hotel — as well as gambling debts in the tavern. Rather than press him to pay up immediately, the hotel owner granted him the night after his wife’s funeral to grieve in peace. When morning came however, the man had vanished, leaving all his debts unpaid.

Who was she? One popular theory (though discounted by most historians) is that she was Theodosia Burr Alston, daughter of disgraced vice-president Aaron Burr. Theodosia had vanished at sea four years earlier and was presumed dead, but some stories say she really ran off with a lover and the lost-at-sea tale was concocted to spare her reputation (or more importantly, her husband’s). Other people speculate that the Female Stranger was a European princess who had eloped or possibly been kidnapped — or that the couple was wanted for murder abroad. It’s also been suggested that the whole thing was a con, and that both the Male and Female Strangers left town alive after swindling a lot of people out of their money.

The most outrageous theory I read? That the lady was Naploeon Bonaparte in drag. 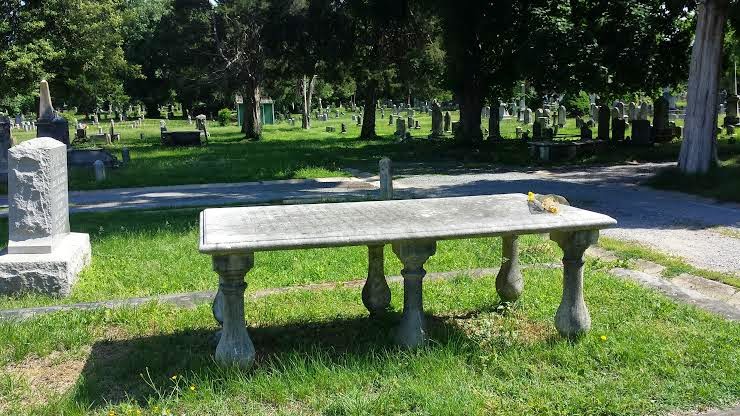 Yeah, I’m not buying that one. But the story of the Female Stranger has some intriguing possibilities, doesn’t it?