Blood and Beaches and Kissing 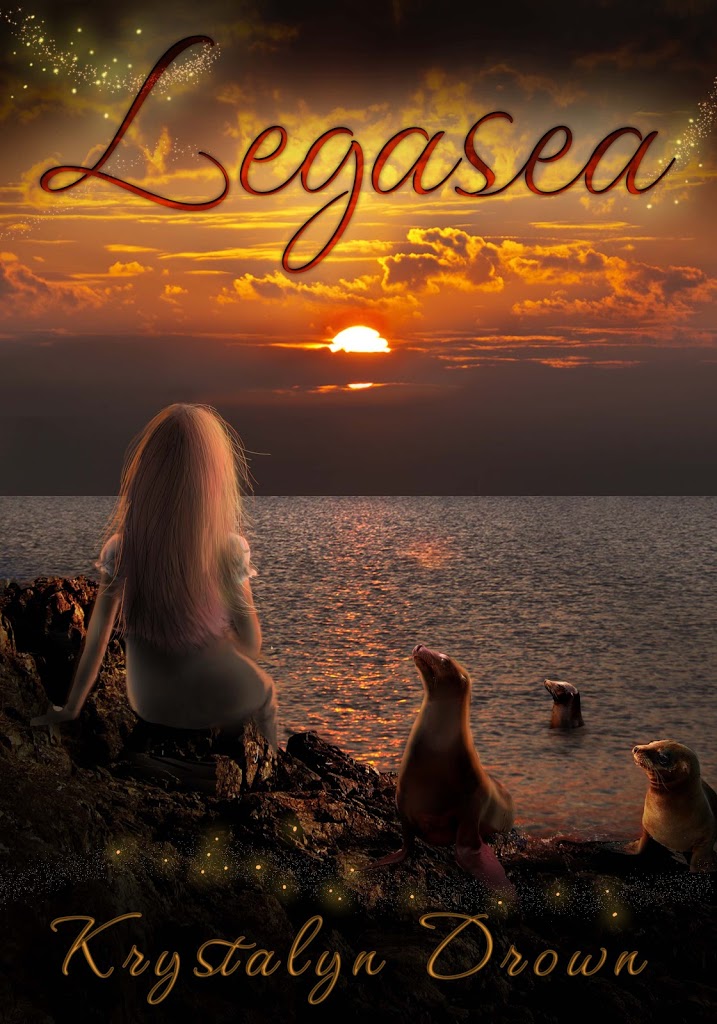 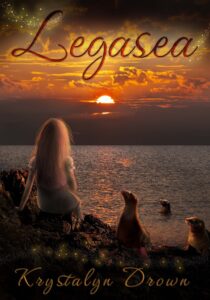 Today I’ve invited my critique partner, Krystalyn Drown, to write a post about the inspiration for her novel, LEGASEA, newly released by Curiosity Quills.  I’ve had Krystalyn here before, talking about her other novel, SPIRIT WORLD. In one of those little twists that happens in the publishing world, SPIRIT WORLD sold first (to Entranced Publishing), but LEGASEA was published first.
And now, I’ll turn the blog over to Krystalyn …
In Nov 2010, Maggie Stiefvater was doing a stock signing at a local bookstore, so I went to meet her and have her autograph my copies of her books. At the time, she was writing The Scorpio Races, but it hadn’t been announced yet, so she referred to it as a Secret Novel about blood and beaches and kissing. I told her a friend of mine thought the book was about selkies. Of course it wasn’t. Later, when she found out my last name was Drown, she jokingly said I was the one who should be writing about selkies and blood and beaches and kissing.
A couple of weeks later, the writing forum that I used to post in a lot (Kelley Armstrong’s forum) had a writing challenge to create a 2k synopsis for a new novel. With Maggie’s comment fresh in my mind, I knocked out a synopsis about selkies and blood and beaches and kissing. I won the challenge, then set aside the synopsis, not planning to do anything with it.
Six months later, with Spirit World revised and on submission, I was looking for a new project, and I remembered my synopsis. I added some new characters, changed the bad guy, and after another six months, I had Legasea, my selkie novel about blood and beaches and kissing.
I should also mention another inspiration for Legasea was the movie The Secret of Roan Inish. It was the first DVD I ever bought, and my characters names in Legasea are inspired by the characters in the movie. Fee is a reference to the main character, Fiona, although Fee’s name is actually Aoife (pronounced like Eva, but with an f instead of a v.) Jamie is of course named after Jamie.
LEGASEA is currently available through Amazon and B&N.
SPIRIT WORLD will be published in April.

Krystalyn is giving away a prize pack: a signed copy of LEGASEA, a seal ornament, and a bookmark. Enter through Rafflecopter by February 28 for a chance to win!