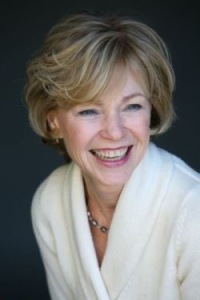 Today I have a guest post from C. Lee McKenzie discussing the inspiration behind her new book, Sudden Secrets, published by Evernight Teen.

Every book I write surprises me. They’re like cats behind the couch. I can feel them wriggling their backsides getting ready to pounce, keeping me on alert, but waiting until my guard’s down before they leap out with a loud “Surprise!”

With Sudden Secrets those cats played their game forever. In fact, I had to go back and reconstruct when I began to think about this story. My first note was in March of 2011. I was at the de Young Museum in San Francisco where they had a special exhibit of Balenciaga, the master of haute couture for decades, including the 50’s and 60’s.

In the exhibit they played a video of a ’60’s fashion show in New York. After seeing it, here’s what I wrote, and I don’t even remember writing it. “Why do they [the models] all look dead?”

Later I found out why.  Balenciaga told them to. He didn’t want any smiles or expressions to compete with his design perfection.

I tucked that bit away, and as I said, forgot about it. 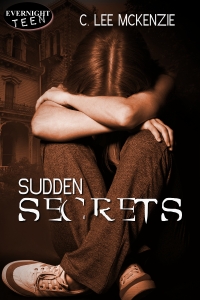 Sometime in 2013 an old Victorian about to be torn down caught my attention. I slipped under the yellow tape and crept up to the house to look in one of the broken windows. This was a perfect place for a ghost to hide. I thought about that, then decided it might be more interesting to have someone who was alive living there—someone who never came out.

“Why would someone lock themselves away?” That was a second note, but it was unrelated to that first one.

So I had these totally unrelated notes in different notebooks when I read about a tragic accident. A small child had been hit by a car and killed. I can think of nothing worse than that, and it stuck in my mind. So sad for the loss of that child’s life. So sad for the family. And then there was the person who was driving the car when the child darted out into the street. What of him?

My third note later formed one key theme in Sudden Secrets: “How does someone continue to live an ordinary life after accidentally killing a child? What does the family do to recover from their loss?”

Somehow those three notes knitted together and when the cats yelled, “Surprise!” the story about Cleo Brown and Belleza began.

Sounds fascinating! I’m not sure I agree that directing your models to be so expressionless they look like corpses will actually accentuate the perfection of your design, but then what do I know about haute  couture? I’m fascinated to see how this ties in with the other elements of the story! Thanks, Lee, for being here today.

You can find Lee at the links below — and Sudden Secrets at the following locations: