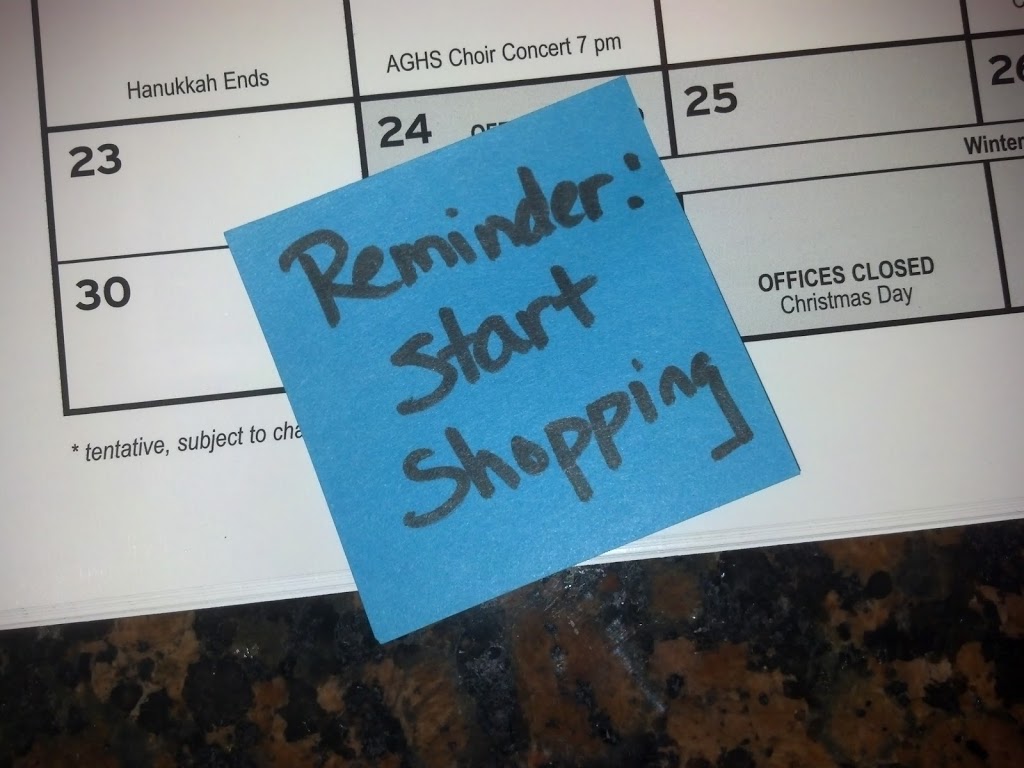 In response to my post describing my distaste for Black Friday, my brother-in-law Larry O’Donnell has contributed a guest post about the extreme other end of the continuum. Evestering.  I’ll let him take it from here … 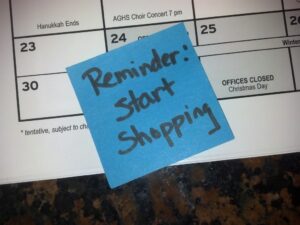 There is a holiday shopping alternative to Black Friday, which we’ll call Evestering.  Evesters are cut from the same bolt of cloth as pantsters: adventuresome, creative, and solving difficulties on the fly.  Evesters are ordinarily men.  I’ve heard stories, but I’ve never seen a woman Evester.  They must exist but are rarely seen.  You just don’t find many women with really bad shopping sense.
Evesters are extreme shopping procrastinators.  I was part of the movement until lately, having wound down considerably since I married Deb.  I still feel the urge sometimes but Deb has gotten very good at hiding the car keys, shutting off the internet, and disabling my cell phone.
Evesters don’t worry about waiting in lines nor do they have crowd concerns.  There is camaraderie among Evesters, with high fives all around when one gets the last floor model of some hot item.  Of course, it is a bit shopworn but what the heck, the season is about giving, not sticky controls, scratches, dents, missing parts, and no instructions.
Evesters will climb a three story rack system to grab that last circular saw at Lowes and will gladly toss down Dremel Tool kits, cordless drills, orbital sanders, and routers to kindred souls below.  It’s a lot like looting, only you pay for the stuff you find.
No problem with traffic or parking spots.  No mugger in his right mind is going to get in the way of a man who has to buy gifts for a wife, four children, four parents, and six friends in two or three hours.
Evesters often get great bargains.  A Christmas tree that cost $40.00 on Black Friday goes for about $6.00 at 8:00 Christmas Eve.  The tree guy will even throw in a stand and give you a cup of coffee.
There are some challenges.  Some stores’ merchandise has been picked over and the shelves look like nuclear Armageddon happened last Tuesday.  Evesters start to think that the wife would love a new set of pillowcases that don’t match anything at home or in the store.  Then they snap out of it and head for the penultimate source, the all-night pharmacy.  These places expect Evesters and always have gift items for sale on hand late Christmas Eve.  Of course, the merchandise is not always mainstream but you can get a Pony VHS player, a Samasonic alarm clock with digital display and built in cassette deck, or a Falcon keyboard with forty pre-recorded show tunes.
Then there is the ultimate source, the Evester’s last resort, a jewelry store.  It is here that the Evester finds the perfect gift for his wife.  There is no haggling, and generally the Evester gets to learn exactly what his credit cards limits are.  It is not a problem since the jeweler has a telephone number the Evester can call to get another $2500.00 added to the limit of each card.  So, the bass boat goes up on Ebay on December 28th, no big deal.
The Evester gets home around 11:15 pm., puts up the tree and rapidly distributes his treasures underneath it.  The wife’s glare is softened somewhat by a very little box placed in a prominent position on her pile.
Of course, there’s another kind of shopper — the kind I am. The sort-of anti-shopper who doesn’t like to set foot in an actual store on Black Friday, Christmas Eve, or any day in between. The Internet Shopper. But I’ll have to tackle that subject on another day … if I’m willing to confess my sins.