The Danger of Re-Writing History 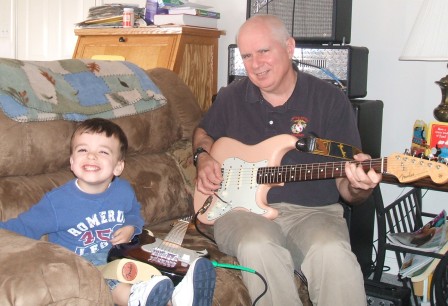 Today I have a guest post from my brother-in-law, Larry O’Donnell about re-writing history.  Larry tells me he started this post during last year’s controversial revisions to Huck Finn and finished it in response to the NCAA sanctions against Penn State.

Recent developments in the Penn State scandal remind me of how callous some folks are of history.  Removing Paterno’s statue and “unwinning” hundreds of football games along with other similar punishments, strikes me as trying to expunge facts from the record.  Several of these sanctions were more vindictive than punitive.  The Sandusky crimes were horrific and any persons who prevented their timely discovery were likewise wrong.  These persons, once proven guilty should be held accountable.  Creating an alternative history is not justice.  Claiming that Navy beat Penn State for the last fourteen years provides no compensation for the victims.
I disapprove of re-writing history to make it palatable.  History is how we maintain knowledge, learn, and measure the progress of humanity.  It should be kept as factual as possible.  A while back, New South Books, citing political correctness, expunged the odious n-word from Samuel Clemens’ classic novel, Huckleberry Finn.  The revisionists claimed they wanted to protect young persons from the ugly word.  Falling sales and controversies over the presence of the book in school probably had an economic influence on the decision.  To me, “disappearing” the word postulates that persons of African descent were always referred to with dignity.  The revised book calls the protagonist Slave Jim.  Jim’s escape from slavery and fierce determination to be free is the message of the book.  Calling him a slave was probably far more demeaning to Jim than any other term.  Making this book less offensive diminishes it as a social commentary of the era.  It erases the negative history of the nation.
Circa 1959,the Stratemeyer Syndicate overhauled its serial children’s books, published by Grosset and Dunlap, to reflect modern times. This effort was not driven by political correctness, but the flagging sales of the books.  The Hardy Boys and Nancy Drew stories, as originally written, were not relevant to contemporary youth.  Besides getting rid of racial stereotypes and slurs, terms as “roadster”, “luncheon”, “frock”, and stilted dialog were replaced with modern expressions.  This overhaul differed significantly from that of Huck Finn.  First, Stratemeyer owned all rights of authorship of the books. If Mark Twain was still living and decided to write a modern edition because sales of his book were down, that would be his right.  Secondly, Stratemeyer didn’t change history, they just moved their characters into modern times.  Huck Finn wouldn’t have any relevancy in a modern setting.  Jim wouldn’t worry about being returned to slavery.  Clemens would lose his nom de plume, since fathometers eliminated the exchange between the sounder and captain.
I think Paterno’s wins should stand.  That’s what happened.  If he and other Penn State administrators played a part in shielding Sandusky, write it into the history of Penn State and the biography of Joe Paterno.
Dianne’s two cents: I agree the wins should stand.  We should be able to look at those wins and note: For THIS, Paterno and Penn State officials sacrificed the well-being of innocent boys. IT WASN’T WORTH IT. Maybe we’d finally gain some perspective on the importance of football vs. life. However, I’m glad they took that man’s statue down. Erasing unpalatable history and pretending it didn’t happen is not the same as removing an honor from someone who was not honorable.

I blogged about my own thoughts on the Huck Finn issue HERE.