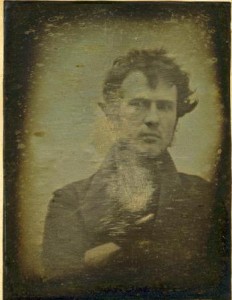 Lisa Brown (Picture the Dead, Vampire Boy’s Good Night) recently posted a link on Facebook to My Daguerreotype Boyfriend on Tumblir, and I was all over that immediately. I do like a man in historical dress! When I took my daughter Gabbey to see Eclipse, I didn’t have a flicker of interest in Edward (too pasty) or Jacob (too bulgy), but I sat up and paid attention when Jasper appeared in his Confederate uniform! 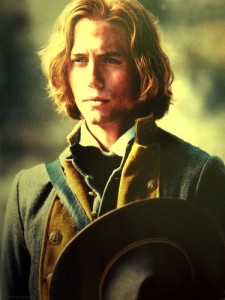 Of course technically the men in these daguerreotypes don’t count as wearing “historical dress” because they are dressed in the contemporary fashion of their times. And they are yummy – luminous eyes, tousled hair – I mean, check out the one at the top of this post. I look at him and see … Hodge. That is, Madison Hodge, the romantic lead in one of my manuscripts. I had an image of this character in my mind as I wrote Strange Truths, and when I accidentally stumbled across this picture on the internet a year ago, I couldn’t believe it. Because this man completely matched my mental image of Hodge.

Who is he really? He’s Robert Cornelius, the inventor of the daguerreotype. That picture is believed to be the very first photograph of a human being. It’s a self-photograph; Robert used a remote switch, and it’s dated 1839. That’s about 50 years early to be my Hodge, but still … 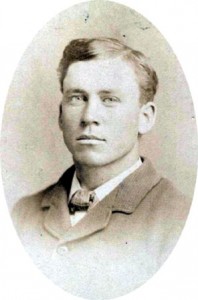 Wanna see another one? How do you like this handsome young man? Believe it or not, this is Almanzo Wilder, husband of Laura Ingalls Wilder. NICE, huh? Makes living on the prairie seem a whole lot more attractive!

If you have any interest in some long-gone, but exceedingly good-looking gentlemen (okay, they weren’t all gentlemen – a number of them appear to have been criminals …), definitely give My Daguerreotype Boyfriend a look!

P.S. – One of my 5th grade students, Lin-z, has started her own book review blog, and I was honored to have my manuscripts among her early reviews. She’s just starting out as a blogger and already a beta-reader! Way to go, Lin-z! I know she’d be thrilled if you stopped by and left a comment.