Roanoke and Quilting a Novel: An Interview with Caroline Starr Rose 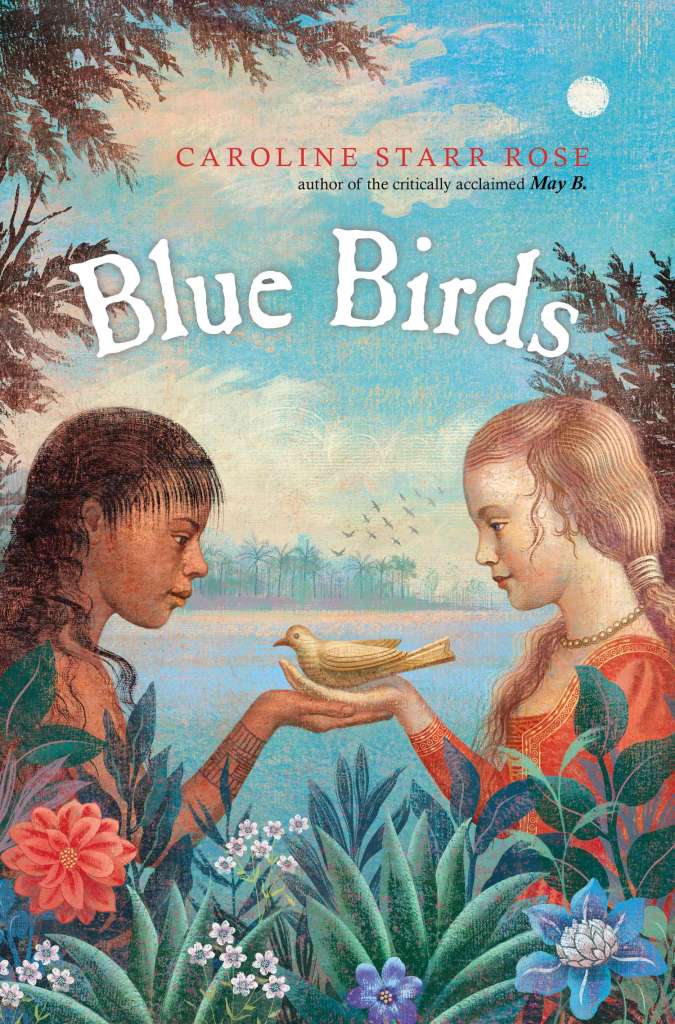 I’m very happy to have Caroline Starr Rose here today. Caroline is the author of the critically acclaimed May B. a novel in verse about an 11-year-old hired-out girl who is stranded alone in a homestead on the Kansas prairie during a brutal winter in the 1870’s. Last week, Caroline celebrated the release of her second novel — also in verse — titled Blue Birds, about the lost colony of Roanoke.

From Amazon: It’s 1587 and twelve-year-old Alis has made the long journey with her parents from England to help settle the New World, the land christened Virginia in honor of the Queen. And Alis couldn’t be happier. While the streets of London were crowded and dirty, this new land, with its trees and birds and sky, calls to Alis. Here she feels free. But the land, the island Roanoke, is also inhabited by the Roanoke tribe and tensions between them and the English are running high, soon turning deadly.

Amid the strife, Alis meets and befriends Kimi, a Roanoke girl about her age. Though the two don’t even speak the same language, these girls form a special bond as close as sisters, willing to risk everything for the other. Finally, Alis must make an impossible choice when her family resolves to leave the island and bloodshed behind.

1. Caroline, I loved your first book, May B., which depicted the experience of a girl who could have been any girl on the 19th century frontier facing the challenges of that era.  In Blue Birds you take on an earlier time period and one of the most famous unsolved American mysteries of all time. Was the research any different for this topic?

Thank you so much. The research process was very different. For May B., I was only responsible for being familiar with an era. With Blue Birds, I had to learn about an era, an event with spare records, and two Native American tribes that no longer exist. This is the first time I’ve included real people from history in something I’ve written. While they only had minor roles, it felt like a big responsibility. 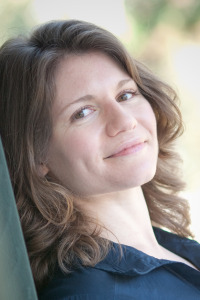 2. Tell us about the two protagonists in Blue Birds.

Alis is from London but has learned to love nature through her uncle’s stories. Coming to Virginia is so satisfying for her. She really embraces her new surroundings.

Kimi has suffered loss at the hands of the British. Seeing them again angers her, but she can’t deny that she’s also kind of fascinated. Like Alis, she has an uncle who means a lot to her, but his new position as Roanoke weroance (leader) has complicated their relationship.

Both girls are lonely. Both are curious. It’s the perfect storm for what’s to come.

3. Compare these two girls to May B. How are they similar, and how are they different?

All three are incredibly strong and brave (though I’d argue May doesn’t know these qualities in herself at first). All takes risks. All make me extra proud to be their book mama. 🙂

I would say May Betterly is more withdrawn than the other girls. I’ve never actually realized this until this moment, but outside of her brother, May doesn’t really have any close friends. Poor girl. Makes me want to give her a hug.

Alis is the most outgoing of the three. Kimi is gutsy but guarded. Both Alis and Kimi are willing to deceive the adults in their lives in order to do what they believe to be right. 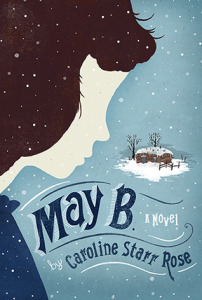 4. Writing a novel in verse is way beyond my experience, although I’ve been moved to tears reading some (including May B.). Can you describe how you approach a story, knowing verse will be your structure? (ie: When I plan a book, I plan events, scenes, dialogue, etc. Is it the same or different for you?)

I go in knowing my setting well and my protagonist semi-well. As far as plotting goes, I have a sense of some key turning points and usually the ending (though I’m not quite sure how to get there). From there, the writing is painfully slow. (A fantastic day would be 750 words. I rarely keep count of such things, because it’s kind of discouraging). What I love, though, is how organic it is. I see a quilt as a metaphor for a verse novel. Each poem is a square. As I move from poem to poem, I trust a pattern is emerging in the overall story.

My first picture book, Over in the Wetlands, comes out this summer. It’s the story of the animals of the Louisiana coast as they prepare for and withstand a hurricane. I have two pieces in Been There, Done That, an anthology that publishes this fall and shows young readers how authors take ideas from real life and turn them into stories. I’m also working on a historical novel about the Klondike gold rush, which will come out summer 2016.

Thank you, Dianne, for hosting me today!

I’m delighted to see Caroline’s book finally out. The mystery of Roanoke was one of my favorite topics to teach in American history.