Earlier this week, I was in Miami for a partly-expected but still surprising Christmas gift. Last fall, when I heard The Killers would be touring in January, I asked my husband to get us tickets. He did, but in a typical Bob-fashion, instead of buying them for our local Philadelphia show, he bought them for the Miami show and planned a mini-vacation around it.

The concert was AMAZING, but that’s not what I’m writing about today. The day after the show, with Change Your Mind and All the Things That I’ve Done still ringing in my mind, we visited Coral Castle in Homestead, Florida.

You may be familiar with Coral Castle, sometimes known as “America’s Stonehenge,” especially if you watch TV shows about unsolved mysteries. This bizarre rock garden, filled with carved stones weighing thousands of pounds each, was built in the 1930s by a single man using only handmade tools. Edward Leedskalnin, a Latvian immigrant who weighed less than 100 pounds and was only 5 feet tall, excavated these stones and assembled the structures by himself, working only at night and in secret. To this day, no one knows how he did it. 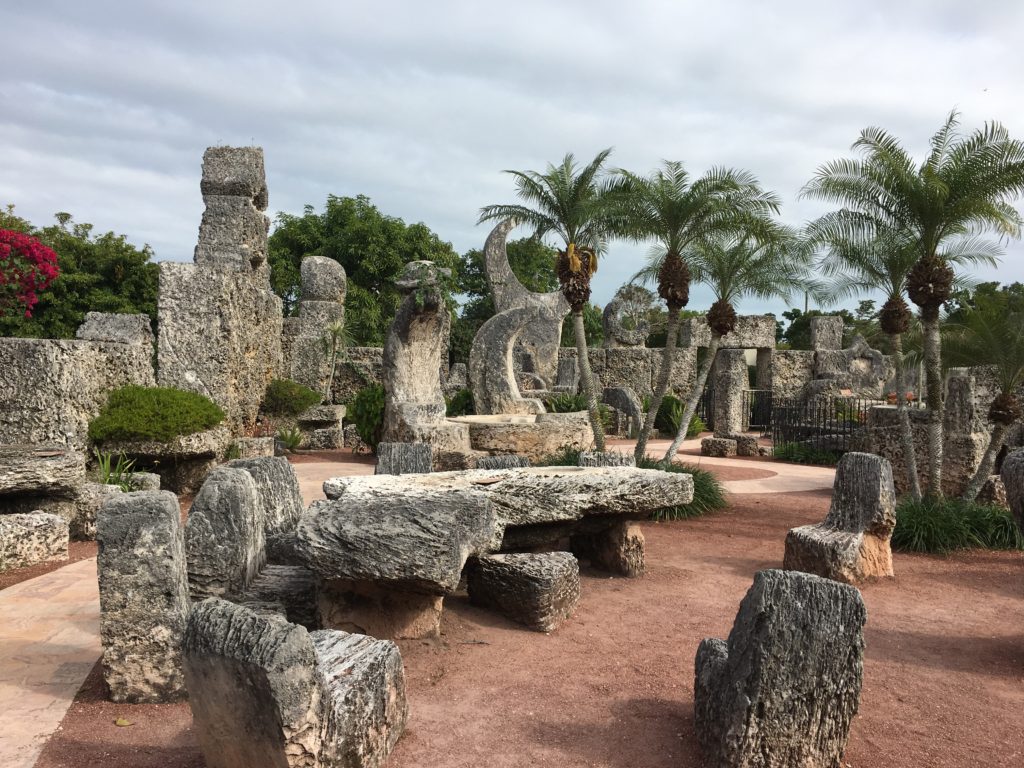 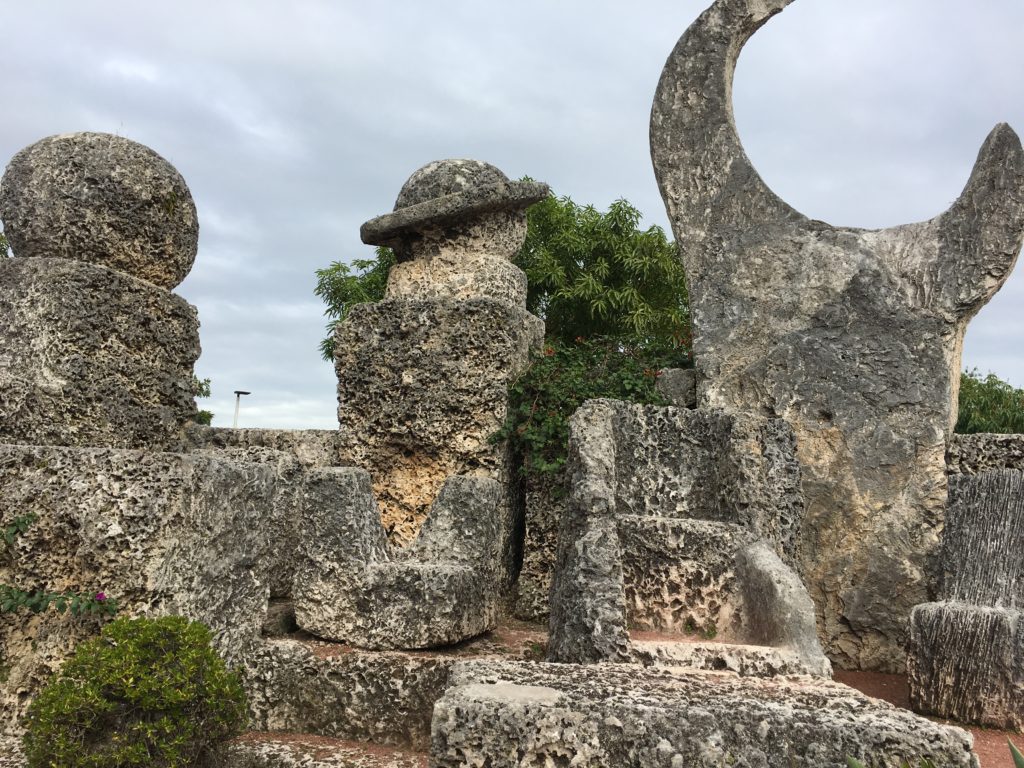 The stones aren’t actually made of coral; they’re a form of limestone that resembles coral. Leedskalnin himself called the place Rock Gate Garden, and the name was changed only after his death. The garden contains rocking chairs weighing 1000 pounds each that move with the gentle nudge of a foot. There’s a working, oblong gate weighing 9000 pounds that I, myself, rotated with one hand. And there’s also an 18,000 pound upright gate that used to rotate with the touch of a finger – until it fell out of alignment in the 1980s. A team of university engineers, using modern equipment, was unable to restore it. 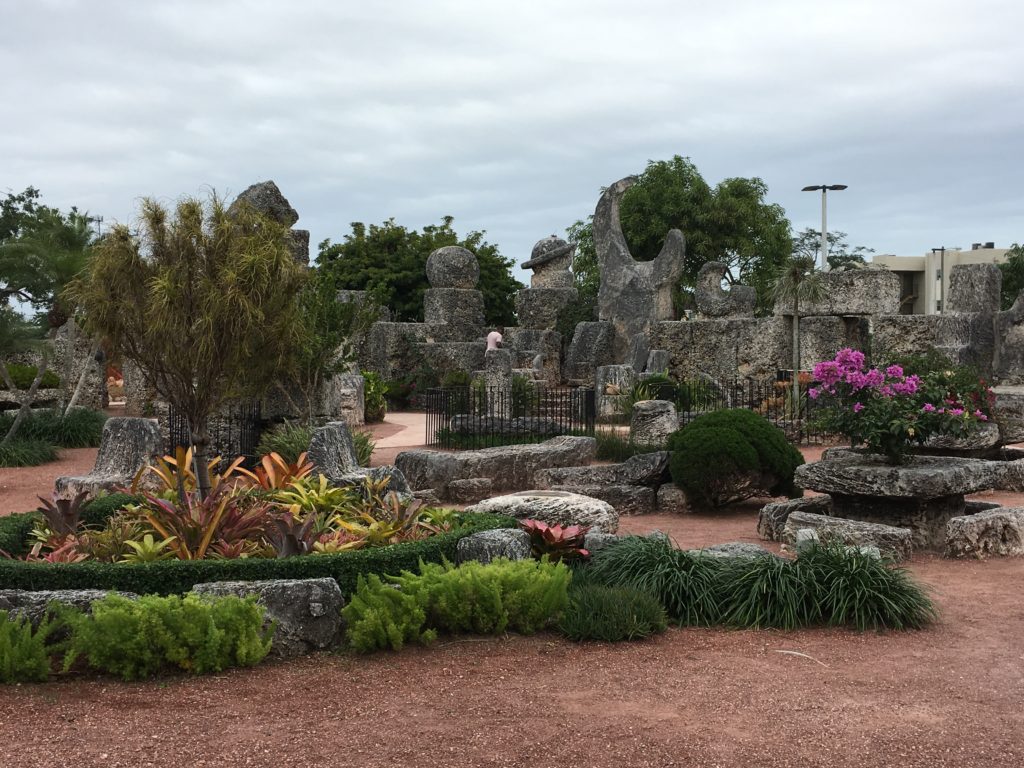 I was familiar with pictures of Coral Castle before I went, but upon my arrival, I was struck by the unexpected beauty of the place. There’s no doubt Leedskalnin built his “castle” to impress, and also incorporated many intriguing astronomical and Masonic symbols, but it was first and foremost a garden. Today, it is possible to rent Coral Castle for private parties. Our guide told us there was a wedding there just two weeks prior to our visit, and I thought, What a lovely, other-worldly setting this would be for a small reception! 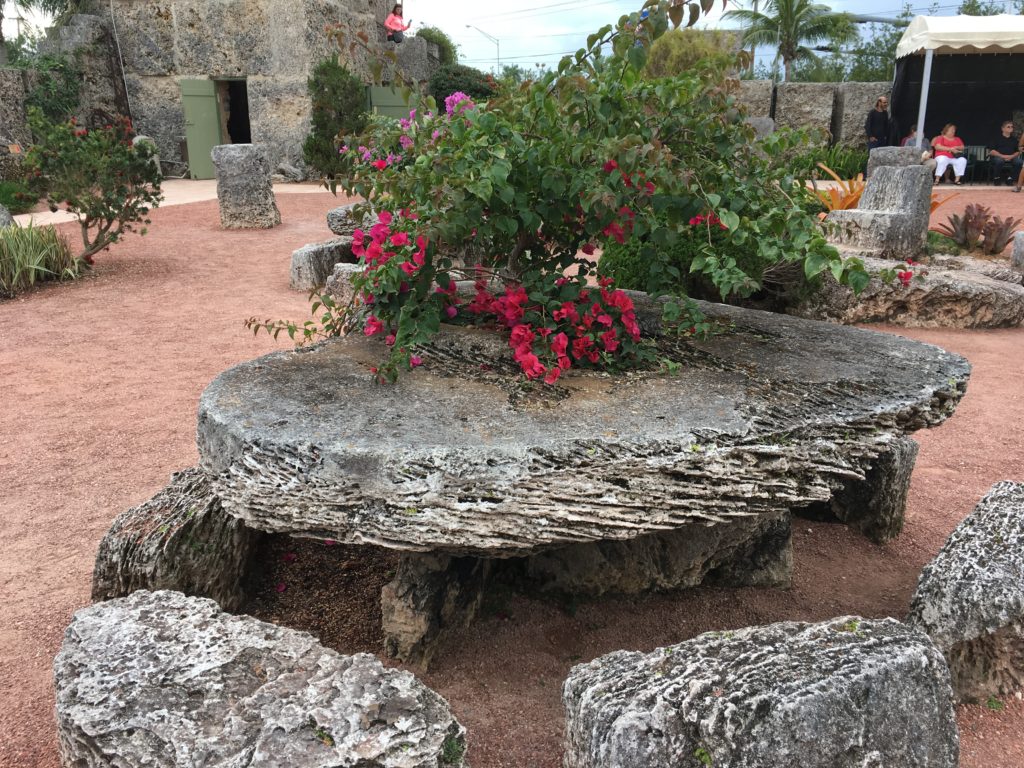 As for the question of how Leedskalnin built this place, our guide laughed at the various “out-of-this-world” theories regarding levitation, magnetism, and aliens. The staff at Coral Castle doesn’t know exactly how Leedskalnin lifted and moved these stones, but they take him at his word that it merely involved weight, leverage, and balance. Leedskalnin claimed that he could find the balance point of any stone, no matter how large or irregular, and all evidence suggests that he was telling the truth.

Throughout history, there have been individuals widely acknowledged as geniuses, whose talent crosses many disciplines – for example, Leonardo da Vinci and Nikola Tesla. These individuals tend to be well-educated and extend their knowledge through study and experimentation. However, I wonder if we have not given enough attention to people who seem to be born with a very narrow and specific – and often uncanny – ability that defies scientific explanation. 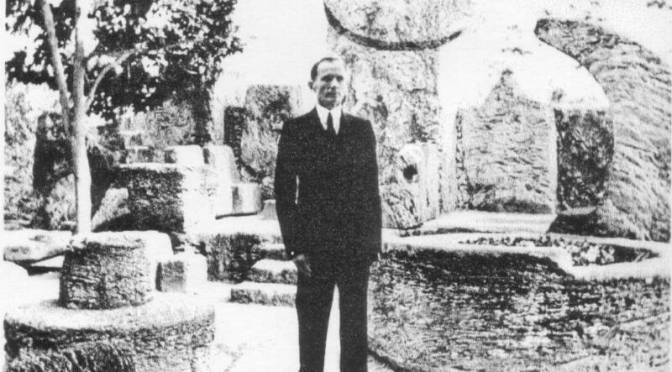 Edward Leedskalnin had a preternatural talent for understanding rocks. When you look at the giant structures he erected by hand, that is abundantly clear. While leaving his garden, I reflected on this and was immediately reminded of another individual with a similarly unexplained – and very narrow – talent. 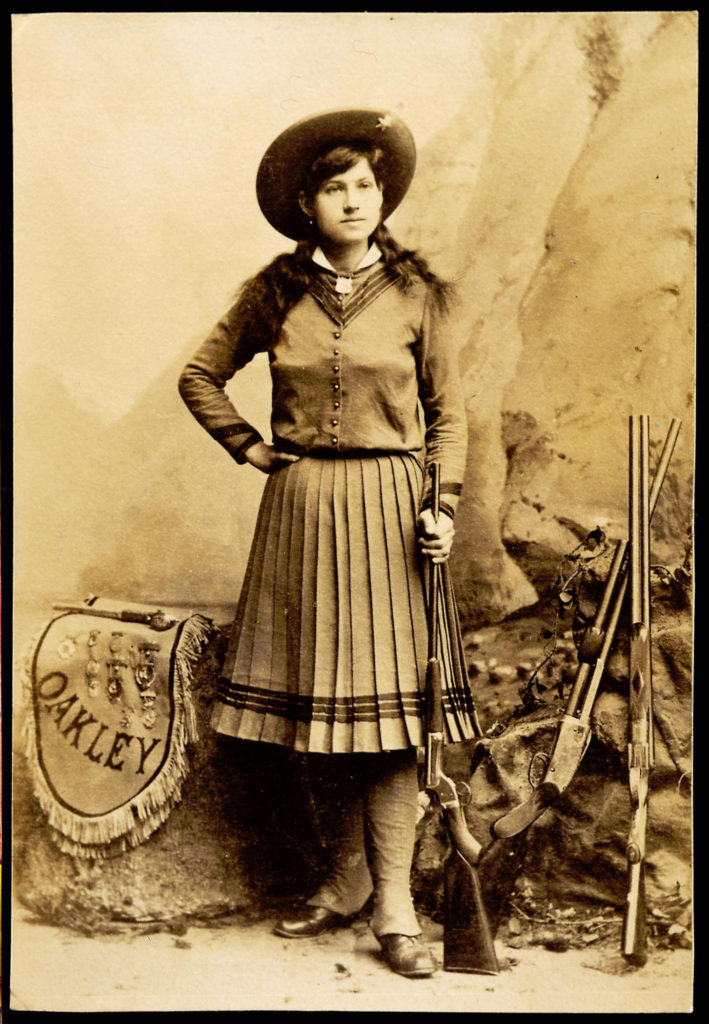 Annie Oakley, by all accounts, was blessed with a miraculous talent for aim. Eye witness accounts of her feats often remark that her gift was unnerving, as if she simply had a sensory perception other people lacked.

So, help me out, readers. Can you think of anyone else who fits this description? Not a person with a brilliant mind – like Einstein or Hawking – or someone who made discoveries through hard work and trial and error – like Edison. But people who simply have one narrow gift or perception that defies explanation?

You can learn more about Coral Castle here.