In July we hired a contractor to paint our stairwell and upstairs hallway, strip the wallpaper from our upstairs bathroom and paint it, too. (I want to note right here that his business card said: Painting and Wallpaper Removal.) He was supposed to start the Monday after we returned from St. Croix, and he knew we had a deadline of August 19th, the day our German exchange student was due to arrive. The guy expressed some concern about the time needed to strip the wallpaper, and so my husband said he would work on it beforehand. A contract was signed. 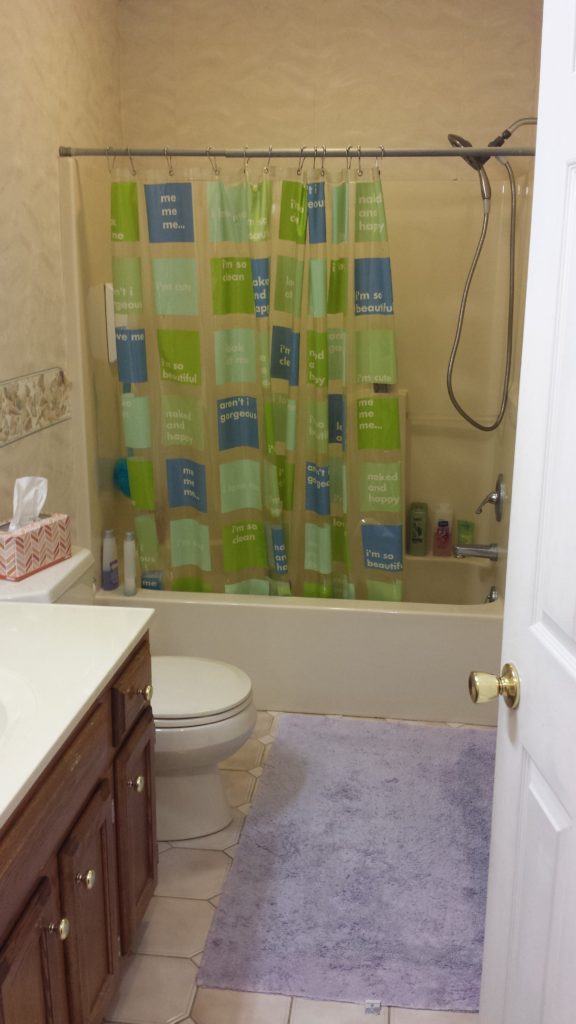 My husband stripped half (HALF!) the wallpaper before we left for St. Croix.

The guy showed up at the appointed time, met with my husband, and started setting up for the job. He was upstairs a couple hours. In the meantime, my husband finished packing for a business trip and left the house for the airport. The contractor waited for about 15 minutes after he was gone, then came downstairs and announced to me that he would not do the wallpaper job. “It’s not coming off easily. It’s the worst I’ve ever seen. There’s no way I can strip it, primer, and paint it in the week I have allotted for this job.”

Remember, my husband had already removed half of it.

I said, “Okay, but can you work on it this week — during the time you’ve promised us — and we’ll finish whatever you don’t get done?”

His reply: “Let me rephrase. I will not do the bathroom job. I can do the painting in the stairwell and hallway, or if you prefer, I can pack up and leave.”

I was sorely tempted to tell him to leave. But it flashed through my head that I could strip the wallpaper myself (Theoretically. I’d never done it before.), but there was no way for me to paint the stairwell without scaffolding, and there was no time to hire anyone else. Reluctantly, I told the guy to do the paint job.

Bob says I made the right decision, the logical decision. But he also says that if he had been there, he would have been so mad he would have thrown the guy out. Believe me, I was mad too. I couldn’t stand the sight of him for the rest of the week. It was all I could do to be civil. But at least the stairwell got painted.

And every day, after the painter worked his measly 3 hours or so, I scraped wallpaper — starting from the minute he left until I went to bed. It was hard to remove, but I don’t have any experience to compare it to, so I can’t judge his claim that it was the worst wallpaper known to man. Two days in, I posted something on Facebook about hating wallpaper, and a former teaching colleague offered to loan me a steamer.  It came off a lot easier with the steamer. (Why didn’t the professional guy have one?)

My husband joined in when he came home from his business trip. And we got the bathroom finished three hours before we had to pick up our exchange student at the airport. Finished version below. 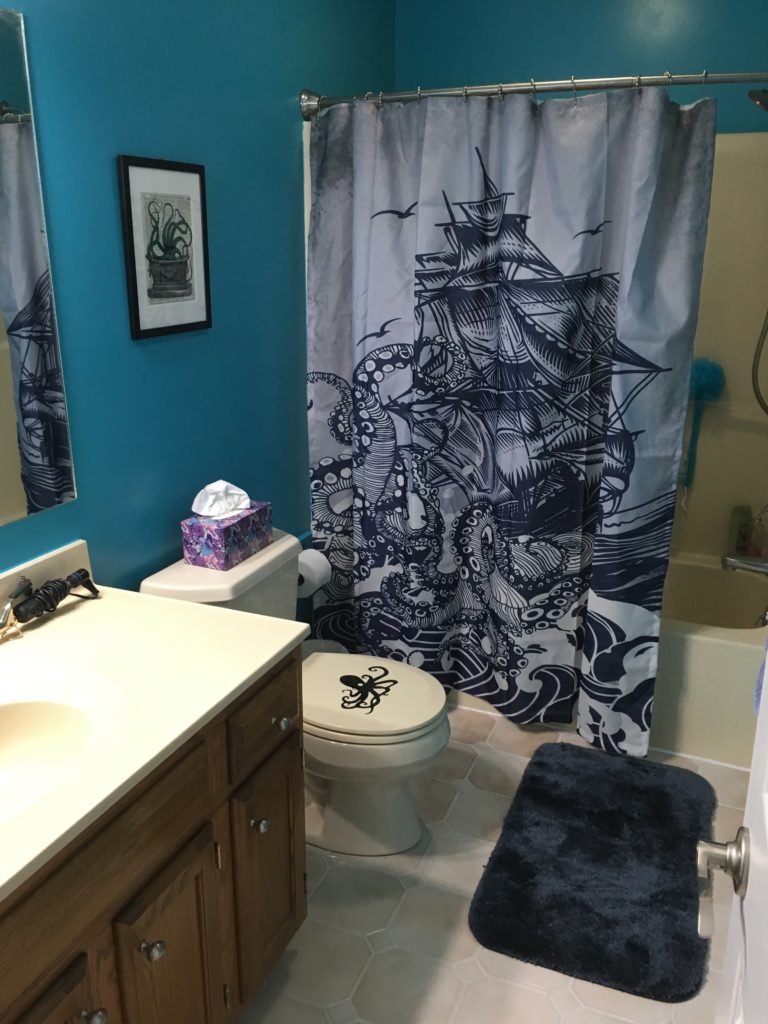 Have you ever had a contractor up and quit on you?