When I posted pictures of the room we redecorated this summer for the girls, many people commented on the Red Phone on the wall. 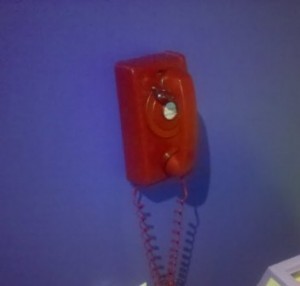 Heather Kelly wanted to know if it was a direct line to the President, and J.E.M. wondered if it contacted Batman. That’s the look we were going for! 🙂 However, the phone is really part of the intercom system my husband installed in the house. The phones all call each other — you just dial the extension for the room you want.

Here is the phone in Gina’s room. 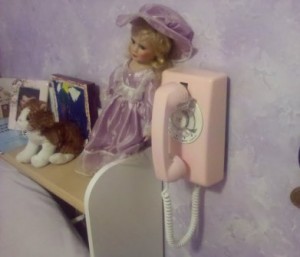 And there’s even another Red Phone inside the Playhouse under the basement steps. (Ooh, remind me to tell you sometime how the Playhouse became the Murder House during the reign of Maui the Rabbit Killer …) 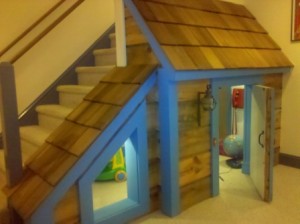 I have a phone, too, but it’s not very fancy. Bob is on the lookout for a more stylish, steampunk model. 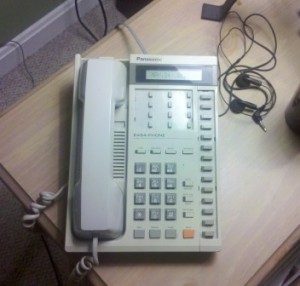 Anyway, that’s the story behind the phones. It’s awesome to have such a creative husband! He’s always coming up with some clever thing to make our home more interesting.