Today I’m hosting Yvonne Ventresca, author of Crystal Kite Award-winning Pandemic and the newly released Black Flowers, White Lies. Yvonne is a writer friend I actually know in real life. We’ve hung out together at tons of book events: NJASL Fall Conferences, Collingswood Book Festival, B&N Events, and plenty more — sitting behind our little tables, chatting with each other while trying to make eye contact with potential book buyers without scaring them away. 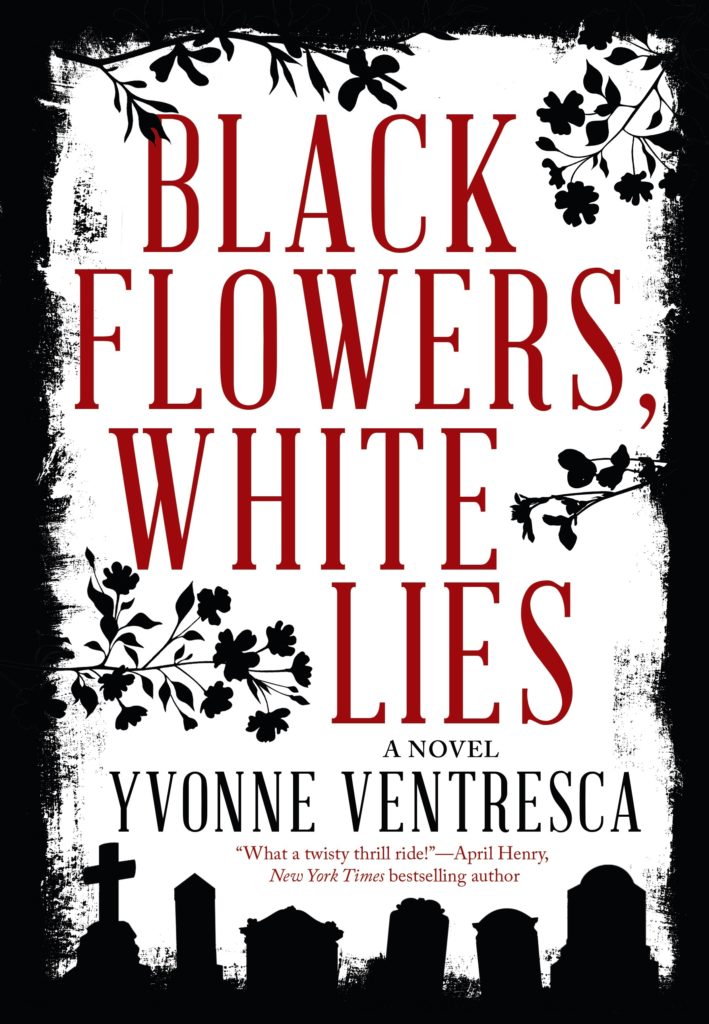 Her father died before she was born, but Ella Benton knows they have a special connection. Now, evidence points to his death in a psychiatric hospital, not a car accident as Mom claimed. When strange, supernatural signs appear, Ella wonders if Dad’s trying to tell her something, or if someone’s playing unsettling tricks. As the unexplained events become sinister, she finds herself terrified about who—or what—might harm her. Then the evidence points to Ella herself. What if, like Dad, she’s suffering a mental breakdown? Ella desperately needs to find answers, no matter how disturbing the truth might be.

1. I’m really looking forward to reading this book! Black Flowers, White Lies seems like a cross between a gothic mystery and psychological suspense. Would you say this is an accurate description?

One of my favorite classes in college was Gothic Literature! Black Flowers, White Lies does have the mystery and psychological suspense, but because it’s set in contemporary Hoboken, New Jersey, it’s not quite gothic. I briefly thought about setting the story in an abandoned castle or a creepy old boarding school, but since Ella (the main character) feels safe at home, I felt that if bizarre things happened there, it would create a scarier effect.

2. When were sitting behind our respective tables at NJASL last year, you described this book to me as a YA version of Gaslight. What was the inspiration for the story (besides Gaslight, that is)?

This novel has evolved over the years, so it has a few inspirations. My early versions were about a teen girl who needs to rescue her kidnapped mother. In the final version, Ella, doesn’t need to rescue her mother–she needs to save herself. This shift in focus really brought the story together for me, because it clarified her journey as a strong heroine. 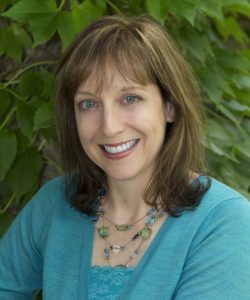 3. Based on the synopsis, it seems like Ella might be an unreliable narrator. I’ve been fascinated with unreliable narrators since I read Shirley Jackson’s We Have Always Lived in the Castle when I was a young teen. Do you have any favorite books where the protagonist’s view of the world is skewed, muddled, or not to be counted on?

I loved Liar by Justine Larbalestier, The Murder of Roger Ackroyd by Agatha Christie, and Fight Club by Chuck Palahniuk.

4. Tell us about your creative process. Are you an outliner, a pantster, or something in between?

I’m a ducks-in-a-row kind of person in general, but surprisingly, I don’t outline. I usually have a sense of the main character and some of the key events when I start a story. After I finish a draft, I create a reverse outline to get a handle on what I’ve written. Making the outline after I’ve drafted the story allows me to see flaws in sequence, pacing, etc. It’s definitely my favorite technique.

5. I also outline after the first draft is written! Great minds think alike! Were there any surprises for you in the writing of this novel? Plot twists you didn’t expect? Characters who didn’t behave as planned?

One of my favorite characters started as a female but worked better as a male. This meant a major rewrite, but once I started the revision, I could tell that it was taking me to a better creative place.

FUN FACT: During the writing of Black Flowers, White Lies, Yvonne asked her Facebook friends for their cat names, and was able to incorporate many of them into the story. Except for Petals, all of the animal shelter cats are named after real animals.

Bio: Yvonne Ventresca’s latest young adult novel, Black Flowers, White Lies was recently published by Sky Pony Press (October, 2016). BuzzFeed included it at the top of their new “must read” books: 23 YA Books That, Without a Doubt, You’ll Want to Read This Fall. Her debut YA novel, Pandemic, won a 2015 Crystal Kite Award from the Society of Children’s Book Writers and Illustrators for the Atlantic region.