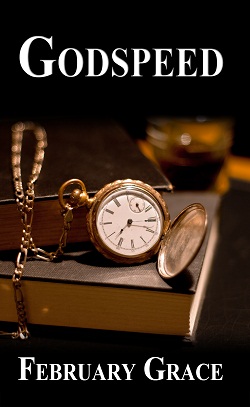 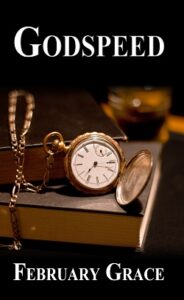 Occasionally, I promise to beta-read people’s manuscripts for one reason or another — a swap, a contest prize, or just as a favor. In October 2011, I had an unusual situation occur where 5 people redeemed my promise all at once.  February Grace was the last of the five that month, and rather guiltily, I told her I would get to her 50 pages as soon as I could, but it wouldn’t be very soon.  So I read the other four and was feeling a little burned out on reading manuscripts (and anxious to return to my own writing) when I finally opened my Kindle to read Bru’s manuscript.


I remember thinking, “Thank heavens, it’s only 50 pages.”  Two hours later, I was left gasping: “Is that it?  Is that all I’ve got???”  I emailed Bru at once, saying, “Please send next 50 asap.”  But Bru was not well and didn’t have any more pages ready.  I had to wait a long time to read the rest of GODSPEED, but you don’t have to wait at all!  And today I’m welcoming Bru to my blog for an interview.

I’ve always loved classic romances like Jane Eyre, and the whole Victorian era setting, so I guess the idea of wanting to write a story like this has been with me since I was about fifteen or sixteen.
The actual inspiration for GODSPEED happened completely out of the blue- or I should say out of the dark in the middle of the night.  I was at home recovering from surgery (I had fifteen surgeries between April 2009 and March 2011) and my pain medication wore off. I woke up, just paralyzed by the pain I was in, and I tried to focus on something, anything that would take my mind off of it long enough to allow me to start to move. 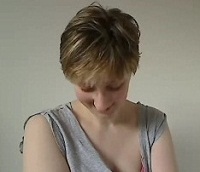 There was a clock on the wall, a favorite of mine. It’s black and has three faces. They all tick in unison, and I focused on the sound of their ticking and then the sound of my heartbeat and I just had this wild story idea come to me— it isn’t the story Godspeed turned out to be exactly; it was originally much darker— but it did generate ideas and quotes that turned up in the novel at the end. I grabbed the notebook where we were keeping a log of all my medications at the time and jotted some things down without even looking, and then somehow I fell back to sleep. That is how the story came to be.
Oh, this is such a hard question! I think of course if forced to choose one I would have to say Godspeed himself. He was the one who kept me up nights when I was unable to work on the novel. He was misunderstood; I knew that, and his story and the reasons behind his actions needed to be fully explained.
He and Lilibet are the two that I felt I would be failing most if I gave up and didn’t finish the book, and you know there were times of chaos in my life I didn’t think I could. You were so encouraging to me so many times, and I truly do thank you for that, Dianne.
Oh they ALL surprised me. I started writing the book from Penn’s perspective, and in third person. I was thousands of words in when I realized—and I swear I heard the sound of car brakes being applied and tires squealing in my head at the time— that this wasn’t right. There was another voice, a louder voice, and she needed to tell the story. In first person! A shock to me because aside from a short story or two I had never written or wanted to write from that perspective.  I realized early on this story needed one voice to tell it, and that voice turned out to be Abigail’s.
I can’t work from an outline. My mind just doesn’t respond to them. They are like to-do lists and I can’t feel creative trying to work to a to-do list. I know it works for a lot of people and I respect that entirely but it’s not how my brain is wired.
I didn’t even have a complete arc in my head as I wrote it, and it took me almost two years to write it, longer than I’ve ever worked on any other project before. I wrote, I think, three different endings. Then suddenly I understood something about one of the characters so clearly, and I knew exactly how the plot should turn, and end. So yeah, put me down for “Team Pantster”.
That the closest I can label as far as genre goes is ‘literary romance with steampunk embellishment’.  It is a hybrid, but I believe it is one that works.
It is at its heart a romance of course and there is some cool gadgetry but the secondary characters are key to plot and the whole of the book. They have strong voices that mean so much to me, each one of them, and I just want them to be heard.  I want them to be heard on behalf of those in our real life, modern world who cannot articulate what it is like to live with such challenges.
In the end my dearest hope is that these characters will make people stop and think, and perhaps see those that they meet in the course of everyday life a little bit differently. I find myself thinking now of that old quote of much debated origin: “Be kind, for everyone you meet is fighting a hard battle.”
Thank you so much Dianne for hosting me today!
You are very welcome!  I can heartily recommend GODSPEED as a lovely romance with steampunk embellishment, and I firmly suggest you add February Grace’s blog, Pitch Slapped, to your reading list.