Linda Grimes In a Fix! 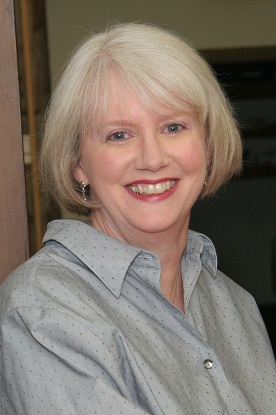 Today I’ve got the delightfully humorous Linda Grimes here to talk about her debut novel, releasing next month — IN A FIX. I am really looking forward to this one, because as you’ll see from the interview below, it’s a bit unusual for its genre.  And being a long-time follower of Linda’s blog, Visiting Reality, I know how darn funny Linda can be, so I can’t wait to meet Ciel!

IN A FIX:
Snagging a marriage proposal for her client while on an all-expenses-paid vacation should be a simple job for Ciel Halligan, aura adaptor extraordinaire. A kind of human chameleon, she’s able to take on her clients’ appearances and slip seamlessly into their lives, solving any sticky problems they don’t want to deal with themselves. No fuss, no muss. Big paycheck. This particular assignment is pretty enjoyable…that is, until Ciel’s island resort bungalow is blown to smithereens and her client’s about-to-be-fiance is snatched by modern-day Vikings. For some reason, Ciel begins to suspect that getting the ring is going to be a tad more difficult than originally anticipated. Going from romance to rescue requires some serious gear-shifting, as well as a little backup. Her best friend, Billy, and Mark, the CIA agent she’s been crushing on for years – both skilled adaptors – step in to help, but their priority is, annoyingly, keeping her safe. Before long, Ciel is dedicating more energy to escaping their watchful eyes than she is to saving her client’s intended. Suddenly, facing down a horde of Vikings feels like the least of her problems. 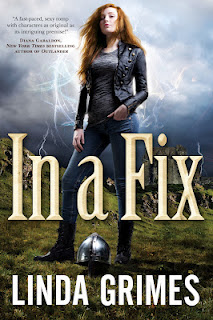 Linda, thanks so much for the interview! IN A FIX releases September 4 and is already available for pre-order here.  I’m looking forward to meeting Ciel, and now I’m already rooting for Billy without even having met him, ’cause heaven knows I love an underdog!