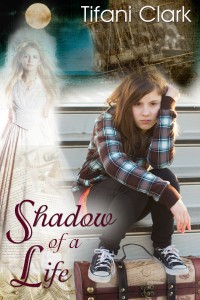 Today I have an interview with Tifani Clark, author of Shadow of a Life, a newly released YA paranormal mystery from Creative Prose Publishing based on a real, unsolved mystery.

1. Tifani, your novel, Shadow of a Life, takes a real life mystery and weaves a fictional story around it – rather like I did with The Caged Graves and We Hear the Dead. First, for those readers who aren’t familiar with this unsolved mystery, tell us a little about the Mary Celeste.

In 1872, the Mary Celeste set sail from America across the Atlantic to Europe. Aboard the ship were the captain’s wife and two-year-old daughter Sophia Briggs (a main character in Shadow of a Life). But, the Mary Celeste never arrived at its destination. Another ship found the Mary Celeste in December—sailing herself as if piloted by ghosts. All of the crew and passengers had vanished without a trace. To this day, no solid evidence has been found to prove what really happened all those years ago.

2. What kind of research did you do in order to write your book?

To write this book, I really had to delve into the true facts of the story and then come to my own conclusions. There are literally dozens of theories on what really happened. Some of the theories are believable and others are laughable. Shadow of a Life is a work of fiction. I tried to add as many true facts as I could, but ultimately I knew what I wanted to write about, even though I don’t honestly think that my version is truth. 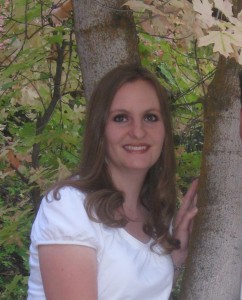 3. What is your writing style? Are you an outliner, a pantster, or something in between?

I’m definitely something in between. When I write, I begin with a couple pages of typed ideas about characters names and personalities and a few paragraphs about the plot, but when I start writing the actual stories, things sometimes change. I am constantly surprising myself with plot twists that I never saw coming.

4. Can you tell us a little about your path to publication?

Shadow of a Life was the first book I wrote. I’d wanted to write novels my entire life, but never got the courage to do it until the characters in my book started holding conversations in my head. The only way to get them to be quiet was to write their story. Six weeks later, without telling a single soul what I was working on, I had the first draft of the book. After a few edits, I began querying the book to agents and publishers and continued to write. I had three other books finished before my publisher offered a contract for Shadow of a Life. I definitely learned a lot during the process!

5. When writing Shadow of a Life, were there any characters who surprised you – maybe came out differently on the page than you had planned?

Absolutely! Sophia and Nick’s romance wasn’t in my original plan. I decided to add Nick in as a minor character, but he insisted he had a bigger role to play. (SPOILER ALERT: Something about Nick will make an appearance in the third book in the series!) Also, Jamie’s Mom plays a much bigger part in the rest of the series than I originally planned, too.

6. As for the real Mary Celeste, there are many theories about what happened.  Do you have a personal favorite?

One of the books I read during my research was Ghost Ship, by Brian Hicks. He theorizes that the passengers and crew climbed into a life raft because they thought the Mary Celeste was in trouble. They tried to stay near the ship with a rope, but accidentally became separated and could never reach her again. To me, this is the most believable and best explained theory.

Legend says that in the spring of 1873, a life raft (or two) floated onto shore in Spain with badly decomposed bodies and an American flag. Some wondered if it could be the crew of the Mary Celeste. I’d like to think it was them.

Thanks for joining us here today, Tifani!

When I was teaching, I used an article on the mystery of the Mary Celeste with my class as part of a unit on text structure. The article posed many different theories about what happened, but my favorite is the one you mentioned above — that the crew climbed into the life raft because of a perceived emergency with the ship. I have also seen a lot of speculation that the cargo of the Mary Celeste produced a noxious gas which is what drove them off the ship in the first place. These fumes would have long since dissipated by the time the abandoned ship was discovered.

Are you hooked on the mystery? You can find Shadow of a Life on Amazon, and Tifani at her blog!