Wish You Weren’t: An Interview with Sherrie Petersen 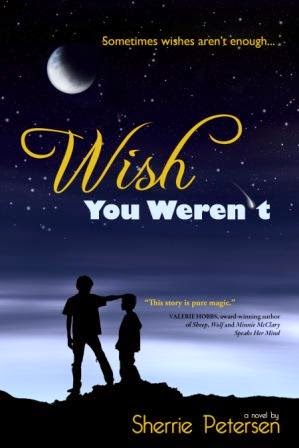 Today I’m bringing you an interview with Sherrie Petersen, author of Wish You Weren’t, a middle grade time traveling adventure.

Marten doesn’t believe in the power of wishes. None of his have ever come true. His parents ignore him, his little brother is a pain and his family is talking about moving to Texas. Not cool. So when he makes an impulsive wish during a meteor shower, he doesn’t expect it to make any difference.
Until his annoying brother disappears.
With the present uncertain and his brother’s future in limbo, Marten finds himself stuck in his past. And if he runs out of time, even wishes might not be enough to save the ones he loves.
1. Sherrie, thank you for joining us here today. Tell us, what was the original inspiration for Wish You Weren’t?
Real life inspires so much of what I write. I’ve been known to drag my kids out of bed to watch the stars, I listen to them bicker, I have a younger brother that I’ve probably wished away on more than one occasion. JI still make wishes when I go through a tunnel or find an eyelash on my cheek. More than once when I’ve made a wish, I’ve had to stop and think, “Is that really what I want to waste my wish on?” I loved the idea of having the one wish that comes true be the one that you threw out there thinking it would never happen. 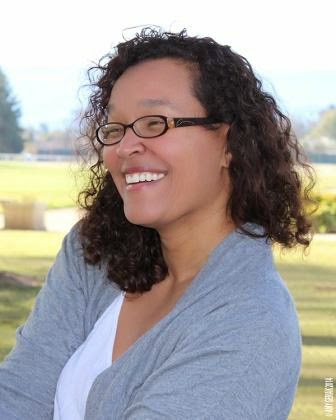 2. What is your writing process like?
My process has evolved over the years. I always have a general idea of how the story is going to end before I start. But when I first started writing, I was a total pantser. I completely rejected the very concept of an outline. I saw it as too forced, too restrictive. But as I worked on Wish You Weren’t and realized parts of the middle weren’t working, I found it really helpful to at least sketch out where I thought each chapter should go in order to get me to the end. The last novel I wrote I outlined about halfway before I started. Things changed along the way, but I kind of liked having a map to follow. It helped me write a lot faster.
3. Were there any characters who surprised you during the writing of the book – maybe turned out different than you expected?
Paul was definitely a surprise. In the first version he only played a small part in the last third of the book. But an editor who read and loved the story thought he brought so much to the narrative that he should be along from the beginning. At first I resisted because it meant a complete rewrite, but the more I thought about it, the more I liked the idea. He was such a complete opposite to Marten, but still a great kid. I kind of fell in love with him. He added a lot of humor to the scenes.
4. Writers today are presented with many routes to publication – seeking representation, submitting to small publishers un-agented, self-publishing in both ebook and paper book formats. How did you go about your decision-making process?
I had an agent for a while and I tried the small publisher route with another story. But I spent many years as a freelance writer and graphic designer so the idea of being an entrepreneur and taking complete control of my book wasn’t foreign to me. It can be overwhelming to see all the opportunities out there, but with pioneers like Susan Kaye Quinn and Hugh Howey out there paving the way and sharing everything they learn, it’s a lot easier for people like me to find their way.
5. What are you working on now?
Outlining a companion novel for Wish You Weren’t.

Sherrie is giving away e-copies of Wish You Weren’t. Enter the Rafflecopter giveaway below for a chance to win!