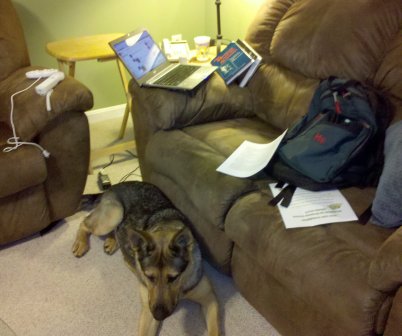 I’m almost halfway through Draft #2 of GRUNSDAY now, and I’m not even that worried about the pothole I mentioned last week. I think it’s much improved, and I’ll test its bumpiness when I read through the entire draft.  I’ve dropped 10k words so far, and I’m gunning for about 8k more.

I didn’t think I was going to complete a second draft this summer.  I thought my time would be better spent working on something else. But inspired by the productivity of blogger friends like Sarah Fine and Angela Brown, I’ve decided to go Full Steam Ahead.   Maybe I’ll have this draft ready for beta readers before school starts up again at the end of August and I get sucked into … da da da dum … Teacher World.

So, other than a little jaunt to Mexico next month (PYRAMIDS!!!), I expect I’ll be here for the rest of the summer:

Or here when I need a quieter location:

Or here, when I need inspiration (or when the kids are in the pool):

What are you working on?