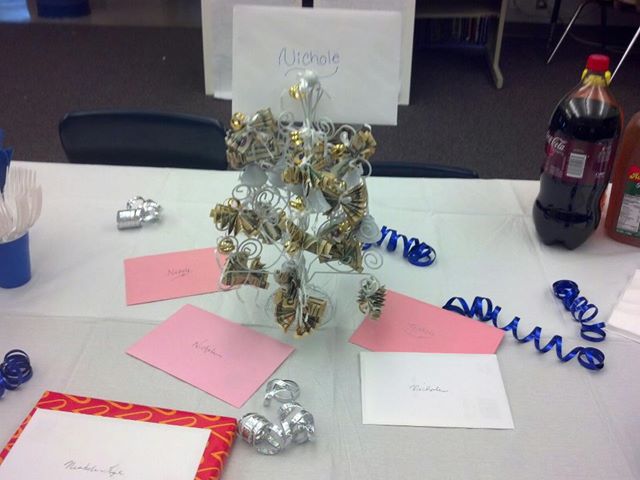 So last week was the “launch week” for THE CAGED GRAVES, although the launch party itself only happened last night. (And I’m writing this on Saturday, so I can’t see into the future to tell you how it went.) But this was what happened last week: 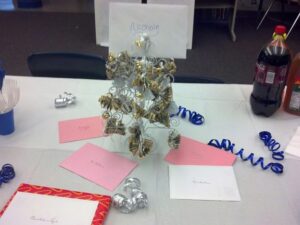 I had editorial revisions due to HarperCollins, but no sweat on that. I had already sent them in on Sunday night. I was more worried about the bridal shower we were throwing for my co-worker after school. I don’t think we fooled her. She saw through our ploy for getting her out of the way while we set up, and she told me afterwards that I didn’t look her in the eye or speak to her all day. But she was happy and excited anyway, and she loved the money tree we made for her honeymoon fund.
TUESDAY:
Release day for THE CAGED GRAVES, which I celebrated by … going to work, just like any other day. Really, Tuesday was ridiculously normal, except for the dozens of congratulatory Tweets that lit up my phone all day. Thanks, everyone! 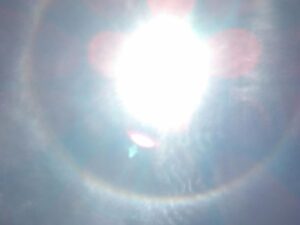 Oh — and there was also an astonishing sight at recess duty: something that looked like a rainbow ring around the sun. After one of my co-workers googled it on his phone and assured us it was NOT a sign of the apocalypse, kids and teachers all enjoyed the beauty of it.
Phew. It would stink if the world ended on my release day.
WEDNESDAY:
A special treat from HarperCollins arrived in my in-box – a sneak peek at the proposed cover for THE EIGHTH DAY. I had asked if I could share it with my class, since they have been following the development of this book from the first day of school. Both reading classes were over-the-top excited at this preview and were literally shouting over one another, trying to give me feedback for the HarperCollins design team. And the design team was thrilled by their enthusiastic response.
No, I can’t show you the cover yet. Sorry. 😀
THURSDAY: 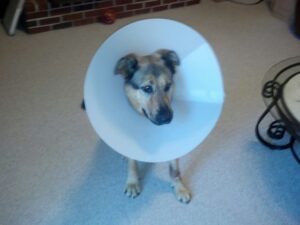 Reviews for THE CAGED GRAVES have been appearing all week on various blogs. By Thursday, some of my favorites can be found at Read My Breath Away, Books Take You Places, and MissPrint.
Sorcia goes to the vet for an infected cut that she won’t stop picking at and comes home with a battery of antibiotics, steroids, disinfectants, and the Cone of Shame.
FRIDAY:
I panic right before I have to leave for work. Sorcia is listless, and I realize she can’t even get a drink of water with that stupid cone on her head. The day is supposed to be hot, and I’m afraid she’ll be dehydrated. I impose on my brother-in-law, Larry, to check on her during the day, and I go to work unhappy and miserable, wondering if I should’ve taken a sick day to stay home and watch the dog sleep.
I feel guilty for the better part of the day, until my husband arrives home from his business trip and texts me that the dog is perfectly fine. She actually CAN drink out of the swimming pool (just like always), and he suggests that her listlessness in the morning was a big ol’ act – a sulk-fest because she didn’t like the cone. He might have been right, or maybe the steroids had perked her up in the meantime.
So, that was my glamorous week. How was yours?