Allow Me to Introduce — THE EIGHTH DAY! 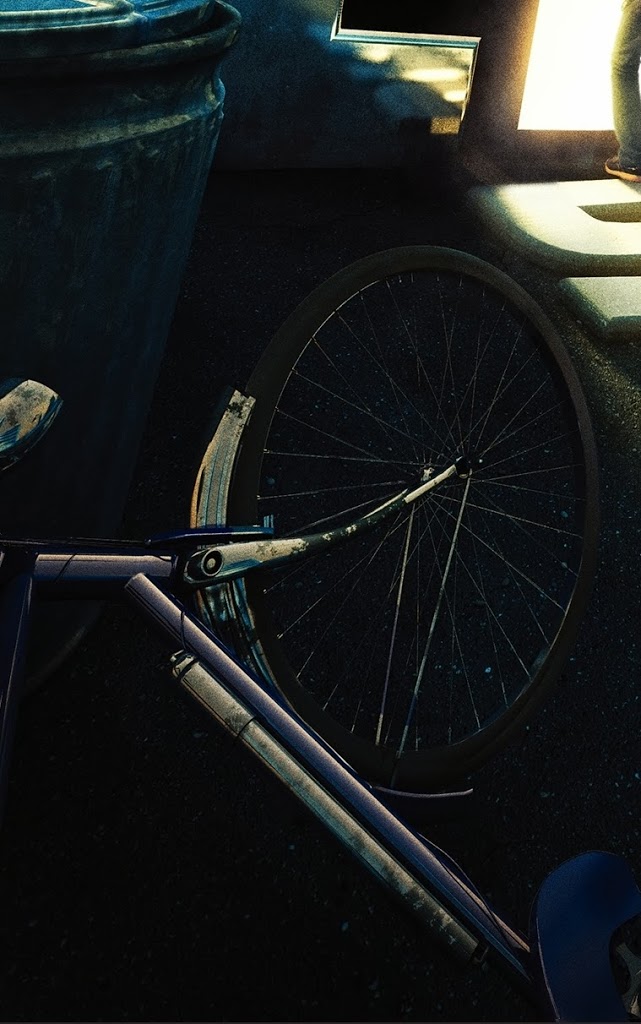 I can’t tell you how excited I am to finally be able to share with you the cover of THE EIGHTH DAY, my debut MG fantasy! The book will soon be appearing in HarperCollins’s Summer 2014 catalog, and HarperCollins gave me the opportunity to scoop the catalog by revealing the cover here on my blog. That’s just a tiny bit of it right there … Jax’s bike, in fact … but before we get to the whole thing, how about the front cover flap copy?

***
When newly orphaned Jax Aubrey awakes to a world without people the day after his thirteenth birthday, he thinks it’s the apocalypse. But then the next day is a regular old Thursday. Has Jax gone crazy? What’s going on?
Riley Pendare, Jax’s sort of clueless eighteen-year-old guardian, breaks the news: Jax just experienced the Eighth Day, an extra twenty-four-hour period between Wednesday and Thursday. Some people, like Jax and Riley, have the ability to live in all eight days. But others, like Evangeline, the teenage girl who’s been hiding in the house next door for years, exist only on this special day.
At first it’s awesome to have a secret day. But as Jax gets to know the very guarded Evangeline, he discovers that she is the sought-after key to an ancient spell rooted in Arthurian legend. And Riley—who forgets to pay bills and buy groceries!—is sworn to keep her safe from those who want to use her to eliminate the seven-day world and all who live there.
Jax tries to protect Evangeline, but with his new friend’s life on the line, as well as the threat of human destruction, he is faced with an impossible choice: trigger a real apocalypse or sacrifice Evangeline.
With a whole extra day to figure things out, it couldn’t be too hard . . . right?
***
Okay, and now for the front cover …
Well, what do you think? I LOVE it, and so did all my students who had the scoop on you guys months ago. Would you believe HarperCollins sent me early versions of the cover specifically to share with my classes at the end of last school year, just so my students could experience that part of publication with me?
Have I mentioned that the HarperCollins team is amazing?
What do you think, friends?