I’m sorry to say 2016 didn’t start off on the right foot for me. In fact, it started on a broken foot. 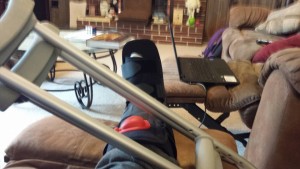 I actually broke it on Christmas day, but didn’t realize it until the following week. On New Years Eve, my horrified foot doctor (“You walked on it for a week!?!?”) put me in a huge boot and ordered three weeks of no weight-bearing and no driving.  After that, I will hopefully graduate to a walking boot.

As if that wasn’t bad enough, my household has become Plague Central. We’ve had ear infections, sinus infections, bronchitis, and some feverish viral thing. Three-fourths of the people in the house have inhalers. They all look the same, so we had to write our names on them.

I have to say it pretty much sucks that I can’t walk, can hardly breathe, and can’t complete a sentence without a coughing fit. So, what’s getting me through this month?

The Morrigan’s Curse releases on Tuesday, January 26th! My editors slipped me a couple advance copies, and this is how the beauties look on the shelf beside the first two books: 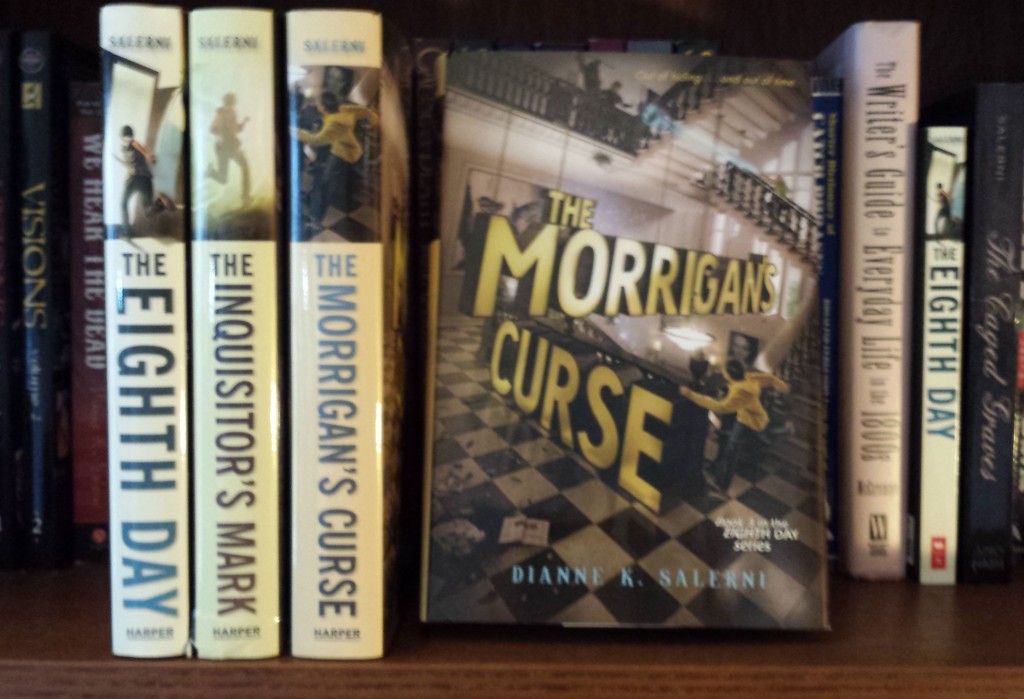 HarperCollins will be offering a giveaway for all three books later this month, and I’ll be giving away 2016 Eighth Day calendars with Grunsday slipped between Wednesday and Thursday. Stay tuned for details.

One of the first things I did with my forced immobility was create a Which Eighth Day Family Do You Belong To? quiz via uquizz.com. Check it out below and — if you feel like helping out a sick and crippled blogger friend — share the results on Facebook or Twitter to promote the release of The Morrigan’s Curse.

P.S. — For those of you who asked, no, I didn’t break my foot doing something exciting — like climbing a pyramid — or athletic — like skiing. I slipped in the kitchen. Like a goofy klutz. 🙁

Which Eighth Day Family Do You Belong To? 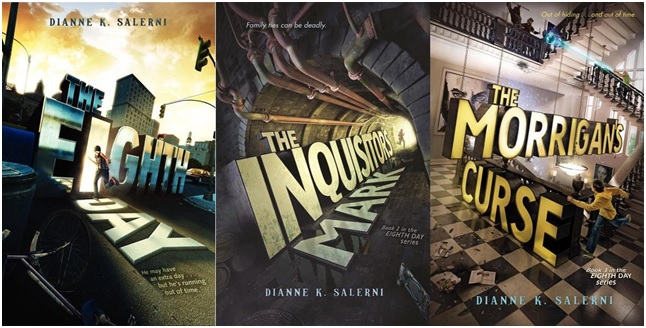