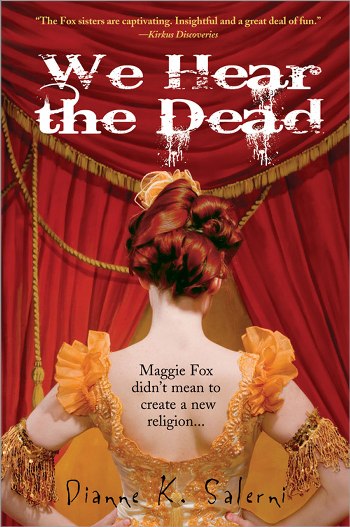 I just got word yesterday that a film short based on WE HEAR THE DEAD will be produced in the next four months, by ARC49 Entertainment, a company founded by film and television producer Amy Green and superstar Canadian musicians Chantal Kreviazuk and Raine Maida. The film short will be directed by Craig Goodwill (director of award-winning shorts Patchtown and Artist Unknown). Michael Konyves, screenwriter for Barney’s Version (starring Paul Giamatti, Dustin Hoffman, and Minnie Driver) will be the executive producer.  The working title of the film is THE SPIRIT GAME.

I am SERIOUSLY psyched about this.  Because it is a film short, there may actually be a completed film before the end of the year.  It will go to film festivals. FILM FESTIVALS!

And the hope is that it might spark interest in a feature length movie.

Keep your fingers crossed for me!  I’ll have more news to share later.  Amy Green (often referenced in lines such as “I talked to my Hollywood producer last night …”) tells me that casting is the first order of business!