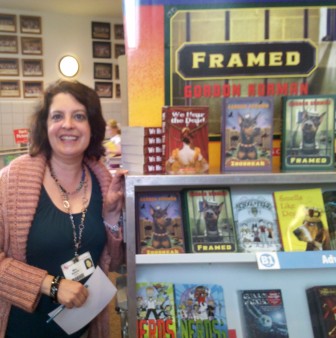 I can’t believe the year’s gone already! Was it really a year ago I sat down to write my recap of 2010?  And could this year be anywhere near as exciting as the last one? Yes, it could, as it turns out. It was a year of learning … and a lot of waiting … and growing professionally, I think.
First of all, I had the pleasure of working with my agent Sara Crowe in 2011.  She was my brand new agent last December, and after a year of working with her I am impressed by her upbeat, positive approach —  and awed by her keen eye for editorial comments.  Every time I submit a manuscript to Sara and she sends back comments, my response is: “Wow. That’s brilliant — and do-able — and perfect!” 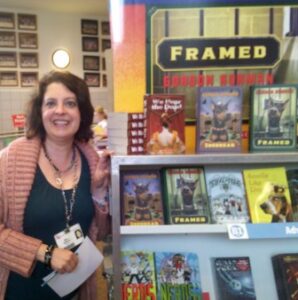 Of course, a big highlight of 2011 was when Sara sold THE CAGED GRAVES to Dinah Stevenson of Clarion!  I look forward to all the pre-publication business that is to come in 2012 – editorial letters, revisions, editing, more editing, and did I mention editing?  Believe it or not, I love editing!  I don’t have an official publication date yet, although Goodreads says 2013 and who am I to question Goodreads?
WE HEAR THE DEAD may have been published last year, but it continued to pick up good reviews this year.  I attended two YA panels as an author – which was a thrill! – at Drexel University’s Week of Writing and the Lititz Kid Lit Festival. (Say that last one 5x fast.)  And I had the excitement of seeing my own book on the shelf at my school’s Scholastic Book Fair last May.
I finished the first draft of my Tesla-punk manuscript this year, plus several subsequent drafts, and I have my fingers crossed that 2012 will bring good news for this story.  There were times I despaired of ever finishing it, and this manuscript proved to me that getting to the end of the first draft is always my biggest hurdle. If I can produce even a stinker of a first draft, then I can transform the story into anything I want it to be during revisions.  I hope to keep that in mind as I work on my next WIP, which I began this year  — (and which is already giving me some trouble.)

In February, Marcy Hatch approached me about a new blog feature – First Impressions — and in March we began our monthly first page critiques.  I’ve learned a lot just writing them, and I’ve met a lot of new writers, to boot. (Plus, I hope the critiques have been useful …)
Finally, this recap wouldn’t be complete without my trip to Hollywood for dinner with my producer.  Okay – the trip to Hollywood was a family vacation, and she isn’t “my” personal producer.  But Amy Green is the producer who purchased a film option for WE HEAR THE DEAD and collaborated with me on the screenplay.  I loved meeting her for dinner to discuss the latest developments and future plans, and who knows – maybe the “Highlights of 2012” will contain some good news in that realm! Fingers crossed!
Happy New Years, everyone – and wishing everybody a successful 2012!