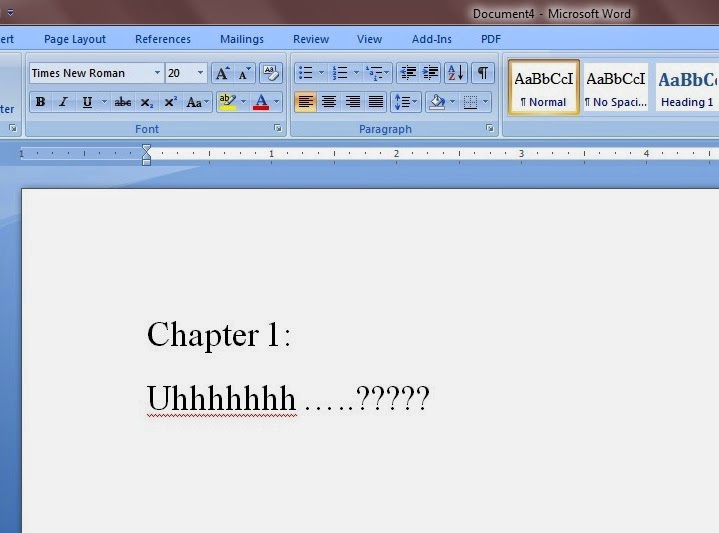 It’s a good thing I’ve been doing all these promotional interviews and guest posts for the launch of The Eighth Day. I’ve been asked to talk about my writing process a lot, and – with the self-assurance of someone whose book just got published – I’ve been blithely telling everyone how awful and torturous and soul-killing my first drafts are. Several people have commented how relieved they are to hear that, since they’re struggling with the same issue.
I’ll bet nobody guesses I’m one of the writers reading those interviews and taking comfort from my own words! Because I recently started from scratch on a brand new project.
And I’m afraid it’s going to suck! I don’t know what I’m doing! Waah!
This is the first time I’ve put words down on a completely new manuscript where I did not already know the main character and his world since April of 2012 when I started writing GRUNSDAY, which became The Eighth Day. And yes, since then I’ve written The Inquisitor’s Mark and the Not-Yet-Officially-Named Book 3 – and yes, I agonized over them for various reasons. But at least I knew Jax and his voice would carry me through.
This main character is a complete stranger to me. I don’t know her voice or her world yet. I have a premise that’s pretty cool (at least I think so), but the plot is merely some “dots” that need to be connected.
I’ve said many times that my plot and characters develop on the page as I write them. Only when I’m finished the first draft do I realize what the story was supposed to be about all along.
Now, starting from scratch with something new, I just need to believe my own words!
I’ll be here on Friday for First Impressions with a page from Pk Hrezo’s sequel to Butterman (Time) Travel, Inc. I took a break from First Impressions in April because my partner-in-crime Marcy was doing A to Z, but I am glad to have this feature return in May. I missed it!