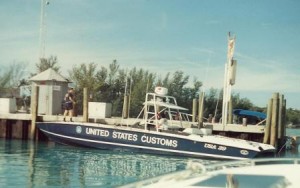 Today, Larry O’Donnell has a guest post for us, continuing the conversation I started last week about transformations in your WIP — especially ones the writer doesn’t control:

I started writing a book nearly three years ago. To say that there have been changes is an understatement. To be honest, the book probably started a lot longer ago than three years. I just did not put pen to paper (or keystroke to laptop ) until three years ago.

There came a moment in time, that I cannot precisely define, when the characters staged a coup and took over. Many scenes were purged and even whole chapters were sent to the gulag.

There was also considerable editing pursuant to the patient suggestions of Dianne and now those of Marcy. Their comments caused me to receive an epiphany: A book is written to entertain and inform the public.

Technical content, political viewpoints, social commentary, and historical accuracy are all secondary to the enjoyment and interest of the reader. The characters of my book embraced this concept before me. My antagonist would tell me: “I would never say or act anything like that, dump the scene or dialogue.” That would be an example of one of the kinder criticisms offered up by my creations.

Now and then I take a stand and tell the characters to shove off. If they get too riled up, I remind them that any one of them could be killed off or transferred away in the next chapter. Still, they don’t appear to be terribly concerned with my threats. “Try to do this story without us,” they taunt me, frequently using poorly placed dialogue tags.

Fearless and relentless, the characters change my words, the order of chapters, and even the plot. I work hard and then see it stripped to the bone by people who don’t even have a physical presence. Look them up on the internet, they aren’t there. They don’t Skype, text, nor maintain a blog.

I am nearing final approach on the project. The war of wits with the characters continues but I am seeing more victories over the usurpers. My latest working threat is to tell them I will embarrass them in the next chapter. It turns out that they have concerns about how others see them. We have improved our dialogues and scene descriptions. We are making headway on point of view issues. It is clear to me that some of my characters are nervous about the impending end of the story. Some of them know their fate is uncertain, while others await the end smug in their belief that they will be published.

If the book ever gets to an editor, they will have a much harder task to make changes go their way…

In conclusion, the best transformations are self-induced or dictated by the characters. Just don’t confuse the characters with the voices you hear in your head…

You can find the first page of Larry’s WIP here, among April’s First Impressions critiques.