How Does a Shiny New Idea Lose its Luster? 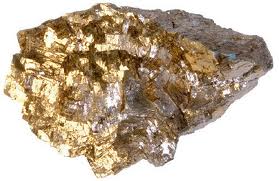 Oh, those glittery SNI’s! We’ve all been attracted by them at one point. Sometimes they try to tempt us away from a WIP just as the work is getting tough. Sometimes they pose as the next big project, until we realize they have no substance to them.

When do you realize your SNI is not what you hoped it would be?

For me, it’s usually a case of the “story idea” being more of a concept or a gimmick – with no actual story attached. It defies outlining OR pantstering. It stalls within a few chapters because there’s nowhere to go. My last SNI had no definable ending and only random plot events that seemed rather shallow and pointless when I tried to put them in logical order. The one before that lacked a central conflict strong enough to carry the storyline.

Now, that’s not to say that some story ideas don’t transform themselves into something entirely different. That happens to me when the characters hijack the story and take it someplace I never expected to go – and when it occurs, I know I’ve got a winner.

And it’s not to say that stories should be abandoned if they don’t take off within a few chapters. I started one manuscript three times before I understood my main character and discovered the real story.

But when the idea was never “a story” to begin with – that’s harder to fix. The best thing I can do is store the idea on my computer. Maybe someday, I’ll be working on a different story and need just that element – you never can tell. But for the time being, it’ll stay in that file labeled Fool’s Gold.