Monday Night at The Practice Room 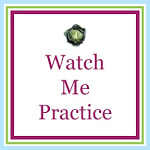 Today I’d like to put in a plug for Tina Laurel Lee’s brainchild, The Practice Room – which operates as a little think tank for the writing community. You can check out the sidebar on her site for the weekly schedule, but I usually run a session on Monday nights, while Tina and other writers host sessions in the mornings and afternoons during the week.
We’ve got a wonderful group of people who attend the Monday night session: many regulars like Krystalyn Drown, Maria Mainero, and Marcy Hatch. Krystalyn’s sister Serena has started coming, as well as Krystalyn’s friend Jen, and Marisa Hopkins is sometimes there. I’ve recently invited Mary Waibel and Christine Danek, and there are other visitors as well.
Here’s how it works:
Why do this? Well, the one hour dedicated writing time is important, but the real gem here is the live chat between the writers. We vent; we share; we brainstorm. I have seen people share links, match up as critique partners, and brainstorm through trouble spots. You might not think that a simple question posed by another writer who has never even read your story might solve the one thing that’s been giving you fits – but I’ve seen it happen lots of times.
We always love to have new participants, so I hope you’ll check us out! Maybe I’ll see a new face (okay, a new profile pic) there tonight!