Ahem. I’m cheating a little folks. This is a repeat of something I wrote for Project Mayhem, but since the audience for that blog and this one are *mostly* different, I thought it was worth posting here. My apologies to the few people who belong to the intersecting set of both blogs! 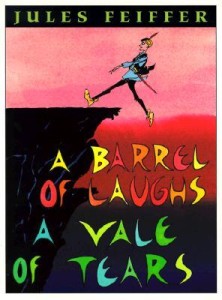 Samuel Taylor Coleridge coined the term “suspension of disbelief” in 1817, and it refers to a reader’s willingness to enjoy a fictional story as if the events are really occurring. It applies equally to realistic fiction and speculative fiction, although one might argue that introducing fantastic, magical, or science fiction elements in a believable way adds an extra challenge for the writer. (I’ll address that in Part 2 of this topic in a later post.)

In all works of fiction, maintaining point of view is essential for suppressing the “disbelief” that pulls a reader out of the story. For instance, first person narratives should not break into long expository paragraphs where the only purpose is to convey information to the reader that the narrator already knows – and therefore has no reason to explain. Almost as bad are “As you, know, Bob …” dialogues in which characters tell each other information they both already know.

Third person narratives should not contain info dumps from the author that hijack the story – unless that’s the intention, such as in The Series of Unfortunate Events, where the narrator “Lemony Snicket” is as much a character as any other in the book. His repeated interruptions to define a word for the reader or moralize about the behavior of a character are part of the charm and humor in these books. Likewise, in A Barrel of Laughs, A Vale of Tears, Jules Feiffer writes as a self-aware story-teller, directly engages with the reader, and even complains about his characters not sticking to their planned roles. By contrast, unintentional info dumps and expository passages stand out to the reader as a clumsy means of conveying back story that should instead develop organically within the plot. 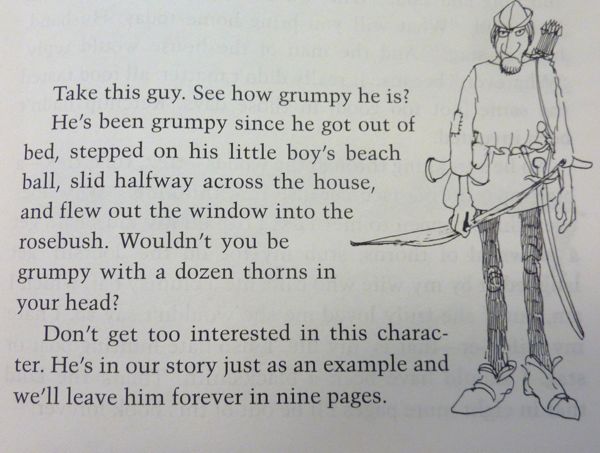 Intentional (and humorous) interruption of a story.

Head-hopping is another mistake that breaks suspension of disbelief and jars readers out of the book. An omniscient point of view should be carefully planned by an author, and the same goes for multiple points of view. When this is done correctly, the reader immediately picks up on the idea that we will know the thoughts of many characters – or that different passages will be seen through the eyes of various characters – and this becomes part of the suspension of disbelief. Head-hopping, on the other hand, is when we’ve been following Mary’s viewpoint for fifteen chapters and suddenly there’s a paragraph where we know what John is thinking about Mary. This never fails to derail me from my immersion in a story.

I was recently reading a YA science fiction book (which otherwise I enjoyed very much) when I was yanked out of my suspension of disbelief by a sentence revealing the inner thoughts of a new character when, up to this point — about 50% of the way into the book — we had only ever been given a close third person narration following the MC. There was just the one sentence, and then the narrative switched back to the MC and continued as before. Later in the book, a new chapter opened with POV narrative from this young man, and I realized the story was going to switch back and forth thereafter. O-kay … but I think there were better ways to prepare the reader for a new POV than plopping that lone sentence into a prior chapter.

To sum up, suspending the disbelief of the reader and providing immersion in the story requires a careful attention to point of view and presenting information through action, dialogue, and internal thoughts that always make sense in the context of the story and never in a way that calls the author out of hiding the way Toto pulled the curtain away from the Wizard.

By the way, we still have open spots for First Impressions in September. Any takers?