When Characters Choose Their Own Names 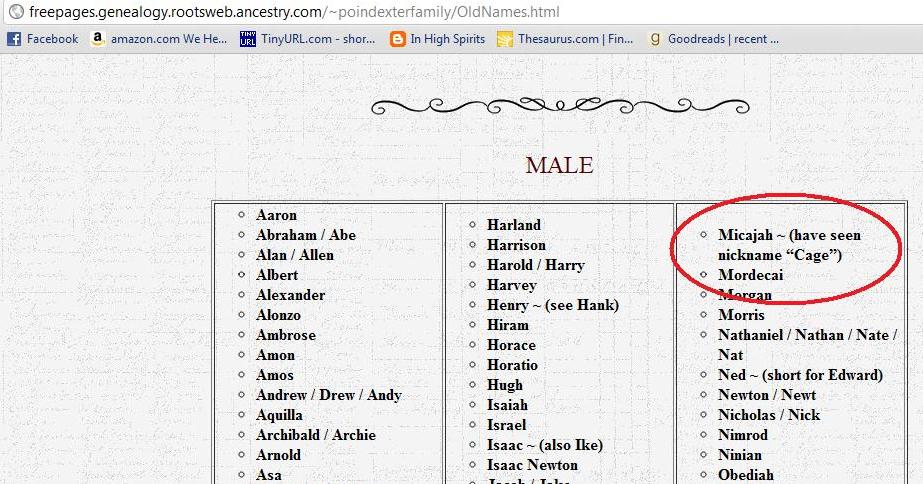 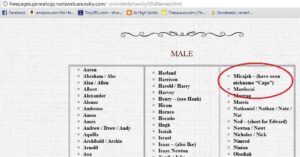 Who picks the names for your characters? You … or they?
I might have some say in the naming of minor characters, but my main characters are pretty headstrong. (Have you read about the time they drove my car?)
In my current WIP, my MC came to me in a fully formed first line, throwing a breakfast roll at her aunt for suggesting she agree to an arranged marriage with a distant cousin for the sake of an inheritance.  Of course, she didn’t have a name at the time, although I knew she was the daughter of an eccentric archaeologist and she’d traveled the world with him before his death left her destitute.
I started researching turn-of-the-century women’s names and made a list of possibilities. Then one day, I spotted (or rather my MC spotted) a name on my blog roll. Author Marva Dasef was doing a series of posts about characters in her Witches of Galdorheim books and Ardyth appeared as part of her post title. (Turns out her character was named after author Ardyth DeBruyn, but that’s another story.)
“That’s my name,” said my MC. “Change the Y to an E, though.”
“O-kay, I’ll put it on the list,” I said, not sure about the name Ardeth at all.
“Delete your list,” she said. “My name is Ardeth Meriwether. I won’t stand for anything else.”
Ardeth’s cousin turned out to be just as difficult — no surprise, there!  I was trolling through websites with Victorian/turn-of-the-century names for men, when I came across one that listed common nicknames of the time period.  The nickname Cage caught my eye, but it was a shortened form of Micajah, which was just YUCK.
“I like Cage,” my character told me.

“You can’t have it,” I told him. “It’s too modern-sounding to be used by itself, and Micajah is awful.”  I googled up another list, and – would you believe it? – Micajah was on that one too, listed with its common nickname of Cager.
“That’s it,” the young man said. “I’m telling you; that’s my name.”
“Nope,” I said, writing down some of the other names on the list. “In fact, I’m leaning toward naming you Harrison.”
“That’s my family name. I’m Cage Harrison, which has a nice sound to it.”
“But Micajah Harrison is terrible!” I objected. “No love interest can be named Micajah!”
“That’s why I don’t use my full name,” he argued. “Besides – think how Ardeth will feel when she finds out I go by the nickname Cage! Being cornered into an arranged, loveless marriage for the sake of an inheritance would make her feel pretty caged, wouldn’t it?”
He had a point. It was fairly poetic.  I gave in.
Am I the only person who gets run over rough-shod by my own characters? Please tell me I’m not!