Where Do You Begin? 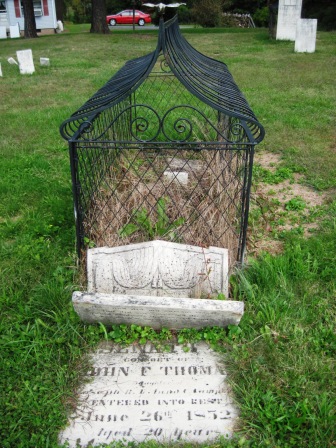 When starting a new project, where do you begin?
I usually start with an inspiration, which eventually leads me to a starting point. My inspiration for WE HEAR THE DEAD was the life of Maggie Fox, and I knew I’d discovered my starting point when I sat down one day and wrote Maggie’s confession, followed quickly by Kate’s rebuttal, and I knew where I wanted to take the story.
THE CAGED GRAVES was obviously inspired by the actual graves in Catawissa, Pennsylvania, but I didn’t have my starting point until I took my fifth grade class on a field trip to Camp Tockwagh in Maryland. I looked out over the swampland they call Hidden Lake and suddenly knew my story started in a place just like this one.

One manuscript was inspired by my husband saying, “You should write a story about Nikola Tesla.” But it was a strange experience my husband had during a job interview that gave me my starting point. Another manuscript was inspired by a group of 19th century researchers and the tragic death of one of them. My starting point? A photograph of a historic home outside Philadelphia. I looked at this picture and said to myself, “This is the house. This is the first glimpse she gets of her new life.” She referred to my protagonist, a girl dredged out of an asylum and brought to live with these researchers.
But what do you do when you have a starting point that shows up first, without an inspiration preceding it? Take the following, for instance:
When Aunt Eggletine suggested, for perhaps the tenth time this month, that all their problems might be solved if her niece would only consider marrying her fourth cousin, Ardeth hurled a breakfast roll at her head.
Unannounced airborne missiles had become quite frequent in the last half a year, and Eggletine Meriwether ducked this one without spilling a drop of her tea. “Really, Ardeth!” she said. “For someone who doesn’t know where her next meal is coming from, you are quite reckless in your use of pastry.”
Yes, that’s what I’ve got. A beginning with no real story yet. Perhaps this beginning IS my inspiration. Or perhaps it’s just a Shiny New Idea which will soon prove itself to be not so shiny after all. For now, all I can do is figure out what brought Ardeth to the point of hurling breakfast rolls at her aunt and where the story might go from here …