Why You Don’t Give Up 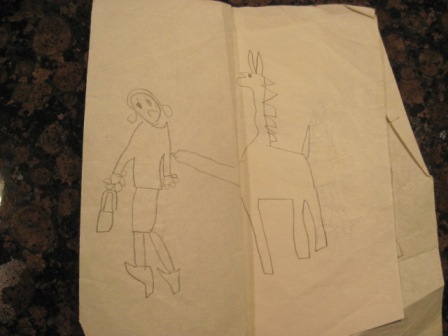 I’m still working under a deadline for THE EIGHTH DAY, so this is a pictorial essay on Why You Don’t Give Up.

In the 1960s, my story-telling was — let’s say — full of stereotypes, like dragons and damsels-in-distress.

Not much survived the 1970s. When I was in high school I threw my elementary and middle school work into the trash. This handwritten story, which won me a prize in eighth grade, is one of the only survivors.

The 1980s were filled with handwritten notebooks and stories typed on onion paper (with a typewriter.) Embarrassingly, I sent a couple of these to Isaac Asimov’s Science Fiction Magazine. The rejections were kind.

In the 1990s, I wrote a few MG novels (saved on computer disks) and one non-fiction. A couple queries almost panned out — but then didn’t. I also published some professional teacher lesson plans. 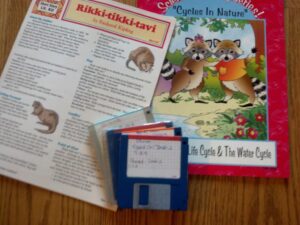 The 2000s started with several unfinished MG science fiction novels and ended with my self-published YA historical novel. 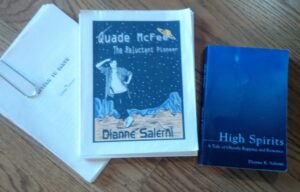 And then … the 2010s happened. And they are continuing to happen. 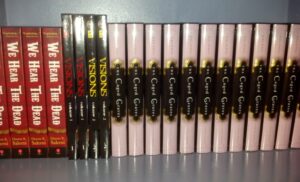 There is no excuse for giving up besides death. Got that?

Clarion/HMH is giving away 10 copies of THE CAGED GRAVES on Goodreads. You can find the giveaway here until May 2.