Mysteries of the Goldfish Pond 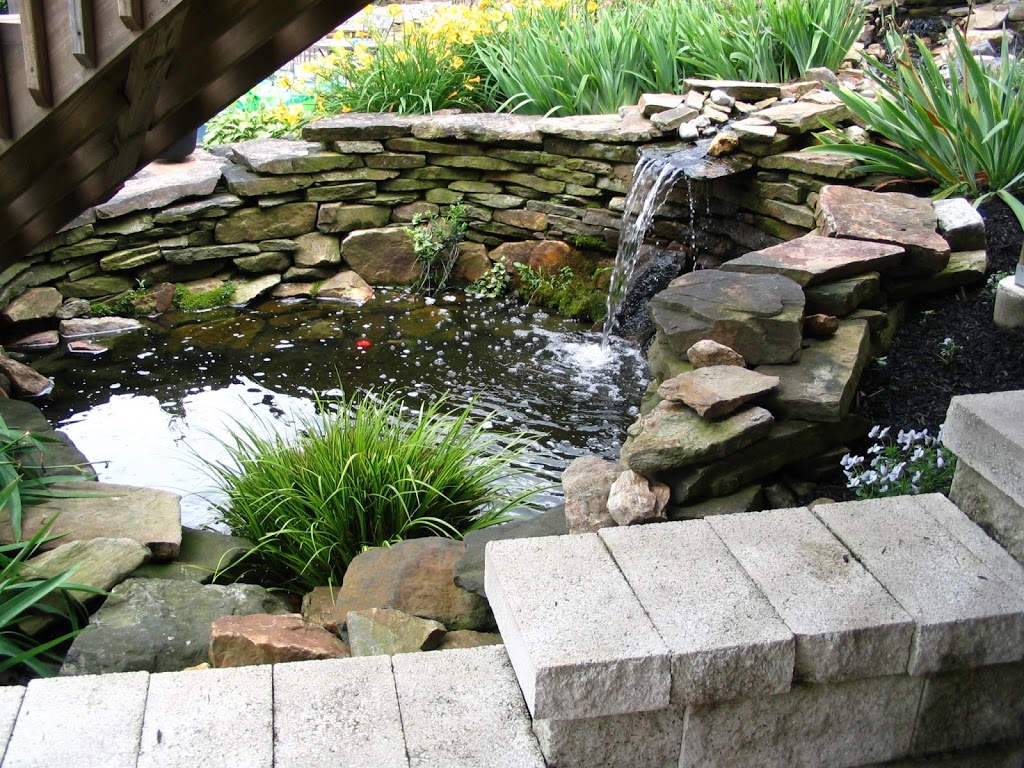 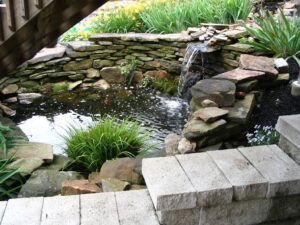 It’s amazing how mysterious a self-contained pond with no access to the outside world can be. You’d think we’d know what was in it, huh? Of course, frogs come on their own. Sometimes we have tadpoles; sometimes we don’t. But frogs hop in from other places. Fish can’t, right?
Not true. First there were the Mystery Fish (From Outer Space) that appeared entirely on their own – read here for the story.
And there are other strange things in our pond. Every year, we see things swimming around in there and think, Where did that come from?
First of all, we’ve learned that goldfish change color over time. Babies are often black or gray and then develop color later. So, a sudden plethora of little dark fish often mean that our goldfish have had babies. Keeping track of them is hard, since their colors change rapidly.

Plus, Gina has a habit of dumping into our pond critters she a) wins at carnivals b) finds in streams.

This year, I was startled one sunny day to notice that what looked at first like wrinkles in the pond bed liner were moving. They were long and skinny and grey, and when the sun shone directly upon them, we could see they were catfish – catfish that (we think) Gina brought home from some wild stream last year.
And then there was the monster. It crawled out from under a rock last week. Like the catfish, it

was most visible when the sun shone directly on it, because it was the same color as the rocks beneath. It had giant claws and numerous pairs of scuttling feet …

It was a crayfish, maybe six inches long.
Yes, we vaguely remember that Gina may have caught some crayfish once … last year? … the year before? … They were an inch long at most. They sank to the bottom of the pond, vanished under a rock, and were never seen again. Until now.
I keep hoping to get another glimpse of it. Them. Who knows how many there are? Or how big?
I’m sure there’s a parallel to writing here – the closed system (your brain?) – the fish that change colors (revisions?) – the monsters out of the deep (eep, you subconscious?) – and the visitors that arrive from bird’s feet, eggs attached to pond plants, or critters dumped into the water by adventurers (your beta readers, agents, editors).

I’ll leave you to figure it out. I’m still watching for the monster.

I’ll be skipping my Wednesday post this week, but come back Friday for First Impressions!