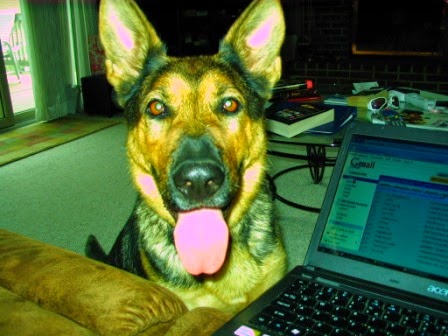 In general, authors seem to agree that you shouldn’t read reviews of your book but that it’s almost impossible to resist doing so. Let’s face it. We want to read the good reviews. We don’t want to read the bad ones (or even have them exist at all, frankly).
Some authors say that maybe there is something to be learned from bad reviews – that the feedback will help you become a better writer. But liking or not liking a book is so subjective, it’s rarely the case that a negative review will give you something useful and substantial to work on. Author Victoria Scott recently wrote a blog post in which she bravely and honestly displayed positive and negative reviews of her books side-by-side to show just how contradictory they are. What do you do when VOYA praises the development of your characters and School Library Journal calls them “cartoonish?”
And don’t get me started on the star rating system! I have seen 4-star reviews that are mostly a laundry list of complaints and 2-star reviews which are extremely complimentary. What’s up with that?
So, should an author read them or not?
Personally, I have a screener – my husband – who reads reviews as they appear and forwards me links to the ones I might like to read. Additionally, if the reviewer tags me on Twitter, I assume she/he wants me to read the review, and so I do. (And I’ll follow up with a comment or thank you.) I also scan the “Friend” portion of my Goodreads page so that I don’t overlook when a friend writes a review, so I can thank them.
Other than that, I try not to look. (Sometimes, in a moment of weakness, I peek. This may end in delight or getting crushed, and if it’s the latter, I swear off peeking for a good long time.)
The one iron-clad rule that an author must NEVER break is this: Do not respond to bad reviews. No matter how unfair, nasty, or completely inaccurate they are.  NEVER. Not even when the reviewer sees fit to Tweet it, and re-Tweet it, and dredge it up out of archives to Tweet it again every three months. Grit your teeth and look away.
Then go re-read one of the good ones!

By the way, I’ve got a hardback giveaway going on over at Susan Kaye Quinn’s blog (along with an interview). Stop by to enter!