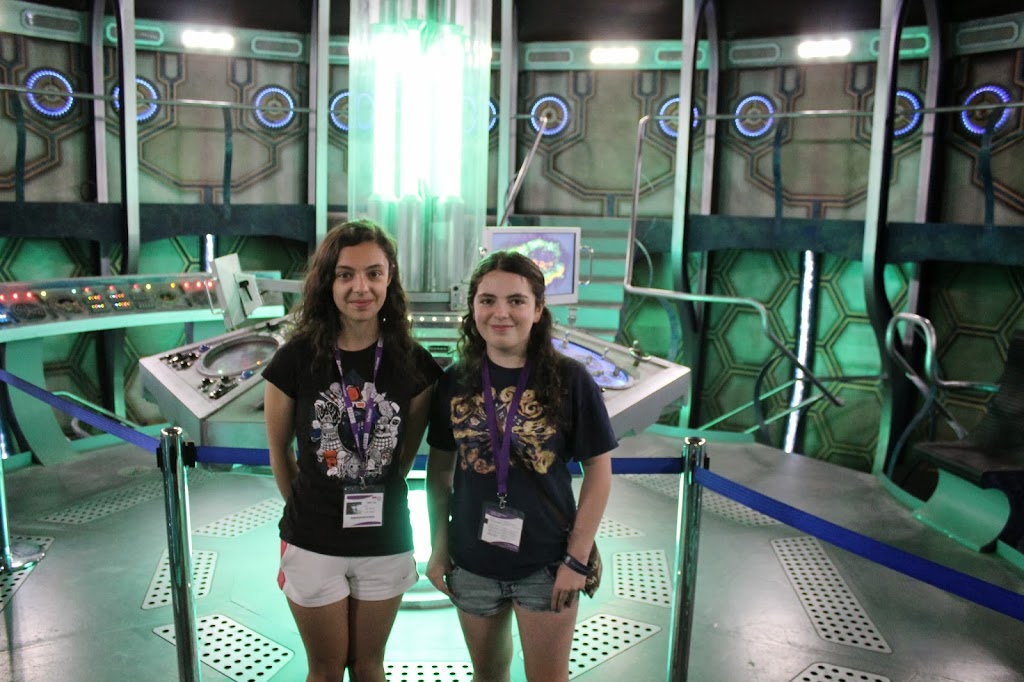 A Slice of Salerni Life 2013   (Twelfth Edition)
Weirdness
Dianne: Gina, can you do me a favor? I’m swamped with writing deadlines this month. Proofreading for The Eighth Day, revisions for The Inquisitor’s Mark … Can you write the Christmas skit this year?
Gina: Why me?
Dianne: Well, Gabbey had a crack at it a few years back. She wrote it – and then you had to chime in with a rebuttal at the end. Now I’m giving you the chance to write it first.
Gina: Can I make it weird?
Dianne: What do you mean by weird? (Gina shrugs.) Like, put us on the moon, or what?

Bob: Who needs the moon? With all the places we’ve taken the kids this year, there’s plenty to write about! Vermont. Kansas. London. Paris. Cardiff, Wales for heaven’s sake.
Gabbey: The Doctor Who Museum! The most awesome place in the universe! We were on the set of the TARDIS. I stood where Matt Smith has stood. My feet touched the same floor that Matt Smith’s feet touched.It could only have been better if it was David Tennant’s TARDIS.
Dianne: And of course, Daddy got to go to Japan on business … 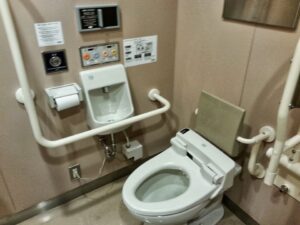 Bob: Where I was almost defeated by the high tech toilet at the airport. BUT, the little automated robots at the hospital that carried blood samples on tracks that ran across the ceiling and disappeared through walls was really cool.
Dianne: We also took the train to NYC this fall and visited Central Park Zoo.
Gabbey: Where you took pictures of the cages and the locks and bolts instead of the animals.
Dianne: Book research is weird. What can I say? Is that weird enough for you Gina? 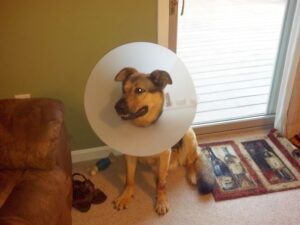 Gina: Not really. I was thinking… well…. maybe we’re all reincarnated as squirrels. Or maybe it can be written from the point of view of Sorcia in her Cone of Shame.
Sorcia: (ears down) Please don’t put that on me again. I won’t bite my paw anymore. I swear.
Dianne: New idea, folks. Let’s share the skit on Google Docs, and we can all contribute to it. 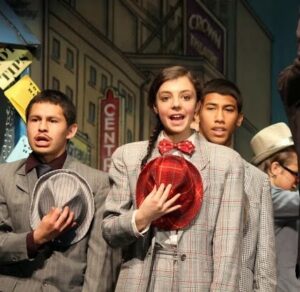 Bob: Okay, everybody’s on board now. Besides driving the daughters to play practice, musical rehearsals, and band and orchestra concerts, what did we do in 2013?
Gabbey: We got Grandma hooked on Facebook.
Bob: A very unexpected development indeed.
Gina: Daddy and I competed in triathlons at Lums Pond. That’s not weird though. We did that before. 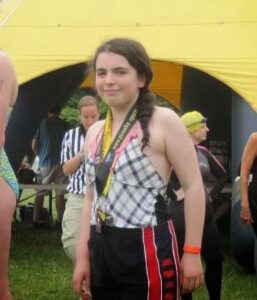 Bob: But Gina came in third in her age group this time. Very cool! We also did some biking as a family. The trail along the Schuykill River at Valley Forge was fun, and there were great days riding, walking and jogging in White Clay Creek. Sometimes ending with ice cream or Rita’s!
Dianne: We got a fair amount of exercise this year between biking, hiking over Roman and Norman ruins in Wales, and skiing. Sadly, I am now the weakest link in the Salerni ski team. I can’t believe Gina outlasts me. I was crushed by that.
Bob: Yes, terribly crushed. You went back to the hotel, had a massage, and drank wine, as I recall.

Dianne: Crushed, I tell you. Absolutely devastated that I couldn’t join you in throwing myself down the headwall of Superstar.
Bob: Yeah, I need a helmet if we do that again. Oh — how about Gabbey winning Honorable Mention in the L. Ron Hubbard Writers of the Future Contest? I mean, L. Ron Hubbard was weird. Gabbey winning a contest for writing is not.
Gabbey: Also weird was me winning the Rotary Club’s Student of the Month Award this December. Not sure how that happened.
Dianne: Not weird at all. Your teachers think highly of you. How about seeing one of my books turned into a film that went to the Cannes Film Festival? Now that was weird!
Bob: Also not weird at all. Anyone who hasn’t seen the trailer should visit http://vimeo.com/64738099
Dianne: Thanks for the shameless plug, sweetie.
Bob: No problem. Should I also provide the link for everyone to pre-order The Eighth Day on Amazon? Or is that going too far?
Gina: Hey, everybody. You know what’s really weird? The noise Sorcia is making right now.
Gabbey: Oh no! Remember when she … and then the carpet cleaner fell apart … and we had to call Daddy in California for help … and Mommy cried?!?

Bob: Let her out, quick!!! (Everyone scrambles to open the door for Sorcia before she repeats that memorable thing she did in 2013.) 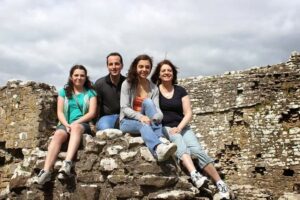 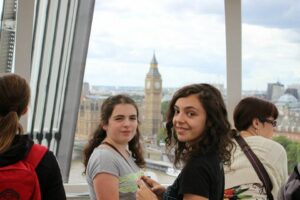