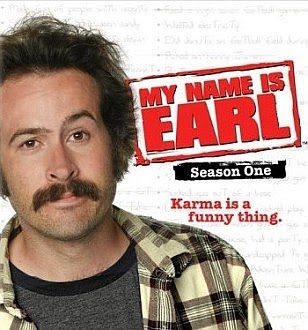 A few years back I posted about unpleasant and rude people getting what they deserved on an airplane. I’ve got another story to share, although this one’s from my husband.
Bob travels a lot for work, and yes, sometimes airplane travel is frustrating. But he has said, over and over, that he doesn’t understand why passengers yell and curse at – and pound their fists on the counter of – the only people who can get them where they’re going.
My husband and daughter recently flew to Burlington, Vermont for a college tour at UVM. Their flight back to Philly was on a very small plane that was almost fully booked. Short on seats, the airline bumped my husband up to first class because of his frequent flyer status, although my daughter remained in coach.
At the gate, several announcements were made regarding the tight overhead storage. Customers with roller board luggage that would not fit under the seats were encouraged to check them at the gate. They would be returned at the destination gate, without the need to go to baggage claim. Many people took advantage of this, although Bob noted several people stubbornly hanging on to their roller boards, thinking this somehow didn’t apply to them.
Predictably, as the plane filled up, the overhead storage filled up, too. When one woman discovered there was no room for her roller board, she flipped out. A calm and smiling flight attendant explained the situation (which had been explained about 10x before boarding). This did not satisfy the woman, who marched up and down the plane, opening bins and trying to shove other people’s luggage aside. “I have as much right as anyone else to have my bag on board!” she yelled.
Personnel from the gate boarded the plane to help deal with the woman, and finally the she turned and threwher roller board at the flight attendant, who jumped back. Then the woman took her husband’s bag (he’d been standing nearby looking down-trodden) and threw that at the attendant, too.
Bob said the flight attendant never lost her pleasant smile, although the gate personnel looked shocked and angry. They exchanged glances with one another as they took the roller boards off the plane.
Then the flight attendant went back to her job of caring for the first class passengers. When she got to Bob, he asked if she was hurt. She thanked him for his concern and said no.
“It’d serve them right if their luggage got lost,” Bob hinted.
“Oh, I don’t think it will be lost,” she said pleasantly. “It might end up under the plane instead of with the gate-checked bags. It mightend up in the very back. It might be last off the plane.” Then she asked Bob if he’d been to Burlington on business, and he explained that he’d been touring a college with his daughter. “Where is she?” she asked, looking at the empty first class seat beside him.
When he said they’d been separated, she replied, “Oh, that’s silly. What seat is she in? I’ll go get her and bring her up here.”
Karma, people. And if you’ve never seen the television show My Name is Earl, it is darn funny.

On a different topic, I want to thank Joanne Fritz who is posting the second half of my interview on her blog, My Brain on Books, today. She is also giving away her ARC, plus one signed, hardback copy of The Eighth Day after the April 22 release! Stop by her blog for a chance to win!