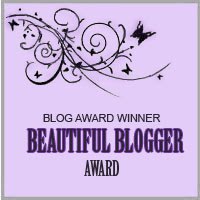 I have to thank Marcy over at mainewords for this lovely, purple award! Marcy’s my crit partner, and I’ve been enjoying being an alpha reader for her first draft of Grimoire, a witchy YA Regency Romance. I was sorry to see it end, and you should have heard me boo-hooing when I found out the sequel she’s been talking about actually takes place 200 years later and doesn’t include the same characters! (Oh no-o-o!)

As part of this award, I’m supposed to share seven things you might not know about me and pass the award on to seven other bloggers.

Things you might not know about me, (ahem):
1. In person, I am very shy. It takes all my strength and willpower not to be a wallflower at social events.
2. My cocktail of choice is a vodka martini, straight up, with olives. (And yes, one of those does help me overcome the shy-thing.)
3. I went skiing on my honeymoon, tore my ACL, and came home in a hip to ankle leg brace.
4. This is my 22nd year teaching.
5. I met my husband at a murder mystery party.
6. I grew up on Star Trek re-runs, Star Wars, and played Dungeons and Dragons in high school. (Can you say nerd?)
7. And on the nerd theme, in 1983 a friend and I went 12 hours in advance to stand in line for tickets on the opening day of Return of the Jedi. Only, there was no line.

It’s a good thing I hit 7 just then, because I just experienced a whole floodgate of nerdy memories from high school and who knows what I would have spilled next!

Picking 7 other bloggers (and not repeating Marcy’s) is a lot harder. I love so many blogs, although I can’t visit them as often as I like during the school year. But let me give it a try:

1. I have to pick Lenny’s World first, because not only do Lenny’s posts make me smile, his comments usually have me falling out of my chair with laughter.
2. Next, I’m going to choose Buffy’s write zone, because she so frequently posts the exact words of wisdom I need to keep going. (Oops — just realized this one repeats one of Marcy’s, but I’m not removing it!)
3. Then, there’s Visiting Reality, because Linda makes me scream out loud with laughter, but also sometimes posts a truly inspiring piece.
4. The Misadventures in Candyland, for in-your-face-humor, poignancy, and also really BIG HEART.
5. I cannot forget Tina Laurel Lee’s brainchild, The Practice Room, where I hang out every Thursday night (and more often over the summer) for dedicated writing time and chatrolling with other writers.

There are so many others I could name, now that I got started, but I have to reserve the last two spots for two bloggers I met (for real) at PAYA, because it is SO awesome to actually meet a blogging pal in person: