Dark Shadows and the Eyes of a Four Year Old 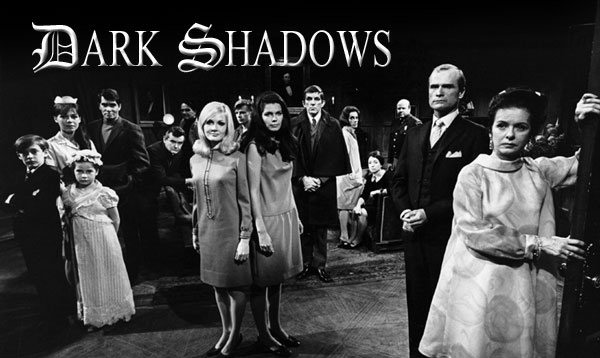 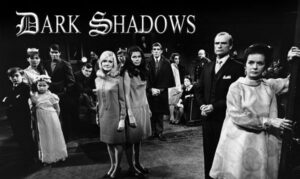 When I heard that Johnny Depp was starring in a modern satire of Dark Shadows, I was moved to look up the old episodes on Netflix and revisit the show I remembered from my childhood. The original Dark Shadows was a gothic soap opera that ran from 1966 to 1971.  My mother was a fan of the show, and so was I … secretly.
My mother put me down for a nap every afternoon while the show was on, but I rarely stayed in my room.  Whenever I could, I snuck out of bed and down the hall to peer around the corner and watch Dark Shadows.  My mother tells me now that she knew I was there.  She said I was so fascinated with the show, she let me stay unless something really scary was happening. (Then I got “caught” and sent back to bed.)

Ghosts, vampires, werewolves, witches, secret passageways, séances, and time travel – you name it; Dark Shadows had it.  I’ve always remembered the show fondly, but when I played the old episodes via Netflix last week, I was shocked at just how BAD they were!  The dialogue was stilted and awkward; the acting even more so!  The story was slow-moving, and historical accuracy was sadly lacking.
Nevertheless, every scene dredged up memories. I knew that house and those rooms, and I knew those characters!  If anyone had asked me before I looked up the show, I wouldn’t have been able to name any of them, but I recognized their names when I heard them: Victoria Winters, Angelique, Josette, Barnabas, Naomi Collins, Willie Loomis … 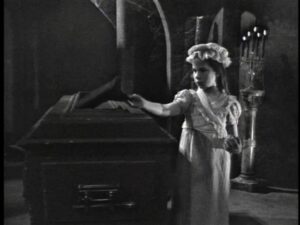 The thing is, I think I must have imprinted on this show when I was four years old! It has everything in it that I grew up loving, and throughout my childhood I continued to be fixated on gothic mysteries.  Once I could read, I quickly outgrew Nancy Drew and moved on to Mary Stewart and the even older works of Mary Roberts Rinehart. Governesses in brooding mansions, ghostly figures in hidden staircases, witchcraft, murder, and above all … dark family secrets!
Now that I’ve refreshed my memory on the actual Dark Shadows dialogue (Yikes!), I won’t make the mistake of saying I hope I can write like that.  Let’s say instead that I hope someday to write a gothic mystery that meets the standard of Dark Shadows as seen through the eyes of a four-year-old!