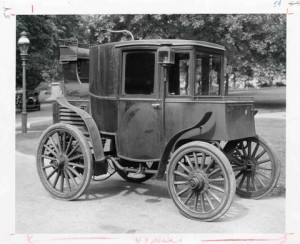 One of my characters drives this electric Riker.

Okay, one of those SNI (Shiny New Ideas) got me. I have temporarily put aside my first draft WIP to revise another manuscript. (Sorry, Marcy Hatch! I know you’re still waiting for that next chapter of the new story.)

The most challenging part of the manuscript I’m working on now is that the 14-year-old protagonists don’t go to school. They have jobs. The setting is Long Island, New York in 1908, and these two characters work as apprentices in a lab. One of them rents a room in a boarding house. The other one drives an automobile on her own. My CPs have pointed out—and I believe they’re right—that young readers will find this very strange.

My story is set in an alternate history, but of course child labor was a common thing in the early 1900s. Kids worked in mines, factories, on the street selling newspapers, and in their family businesses. 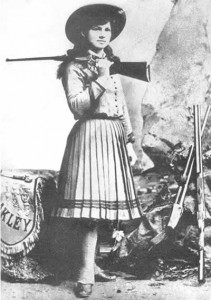 Only one of my grandparents graduated from high school. The others had to work in the family business or raise their younger siblings. The one who did graduate did so because she was the youngest in her family and her older siblings had already quit school to run the farm.  Their sacrifices allowed their little sister the luxury of an education – and that’s what education was in those days, a luxury.

Harry Houdini quit school at 12 to get a job; so did Thomas Edison. Boys built the transcontinental railroad and the Empire State Building. Girls fought off wild animals with rifles, defended the homestead, and one really talented gal with the stage name of Annie Oakley became the most famous sharpshooter in the world!  If you want to go back a little further in time, young teenagers led armies (think Joan and Alexander) and ruled empires (Nefertiti and Amenhotep).

My challenge is to paint this backdrop for young readers and help them identify with the young apprentices in my story who don’t have the luxury of education, work for their living, and—as it turns out—make a remarkable scientific discovery.