Movies, Grades, and Books, Oh My! 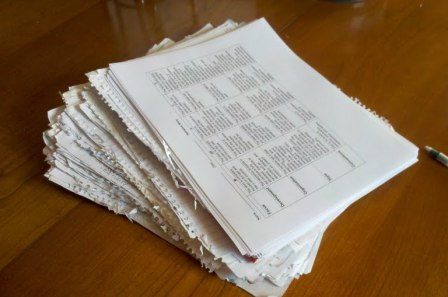 It’s one thing to know a film for We Hear the Dead is in the works. It’s another thing to be sent photographs of the filming locations under consideration. When the producer emailed me pictures of her #1 choice for location last week, it hit home. This is really happening.

Casting is in progress, and even though I had to bow out of writing the screenplay, they promised to send me the script for feedback. And it’s more than just a courtesy. I feel as if my opinion is really valued. They hope to start filming in mid-November. I could have production stills to share after Thanksgiving!  I might even have a DVD in my Christmas stocking!
Meanwhile, back on the home front, I’m coming up on the end of a trimester, with all the resulting grading and report card work. And I’m happy to report I’ve been reading a lot. Some of it is beta reading, but I also polished off several books this month:
In a Fix by Linda Grimes (Linda, the champagne glasses! For shame!)
Feedback by Robison Wells
Ten by Gretchen McNeil
All You Never Wanted by Adele Griffin

Flesh and Bone by Jonathan Maberry
The Lightning Thief by Rick Riordan
And waiting for me in the wings are:
The Lost Hero by Rick Riordan
Sanctum by Sarah Fine
Quantum Coin by E.C. Myers
The Scribe by Susan Kaye Quinn
What are YOU reading?