My First Draft is a Mess 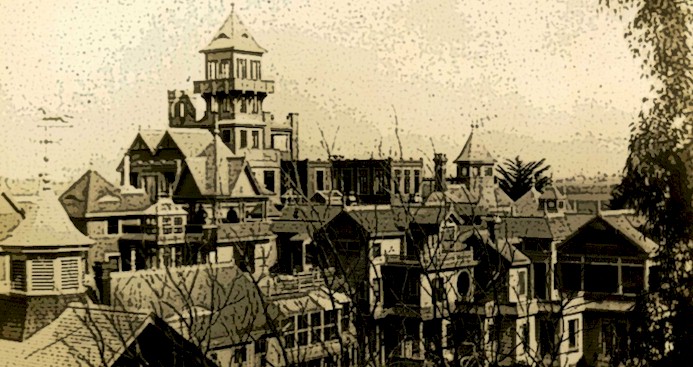 Yes, it is. But I accept that.
If there’s one thing I’ve learned in the past couple years of writing, it’s that my first draft is usually a rambling, maze-like monstrosity.  Kind of like the Winchester Mystery House in California.
According to legend, Sarah Winchester, widow of the Winchester gun magnate, was told by a medium she’d be haunted until death by all the victims killed via Winchester guns.  The only way to escape the vengeance of these spirits was to build a house that would confuse them. Thus, Mrs. Winchester began building a house that was under constant construction for 38 years.
It had no master floor plan.  She directed the builders to make constant changes, resulting in stairs that lead nowhere, doors that don’t open, and interior windows.
Kind of like my first draft!
I do have an overall plan for my story, but right now there are extra hallways and rooms I thought I wanted, but may not need.  And I foresee requiring some rooms I currently can’t access, because I forgot to plan a path to get there.
Some of you might say that’s what I get for being a pantster.  And that may be true. However, the one time I tried to outline a draft from beginning to end, I produced a manuscript so one-dimensional and linear it bored me to tears. I had to throw it out and start over.
I guess my style of writing needs a little CRAZY to reach full potential.  How about you?