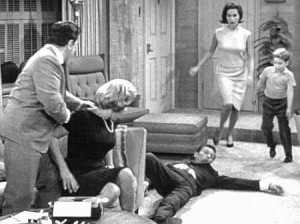 There’s nothing new under the sun, they say, and there’s very rarely anything new in the plot of a half hour sit com. And it doesn’t seem to matter whether it’s something as old as the Dick Van Dyke Show or the newest Disney tweenie show, the stories are shockingly the same. Stuck home for several snowy and icy days during the past couple weeks, my daughters had the television tuned to 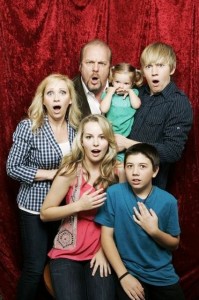 everything from The Addams Family to Gilligan’s Island to Good Luck, Charlie – and it was astonishing how similar they all could be. I thought, for fun, I might try to list a few of the old stale story starters I saw –

1. A married couple discovers their marriage isn’t legal
2. A teenage character tries to juggle two unsuspecting dates on the same evening
3. Somebody scratches Dad’s car and tries to hide it
4. The shyest cast member gets a makeover, turns into a shallow snob, then goes back to old self
5. Eavesdropping leads to big misunderstanding
6. Match-making has disastrous results
7. A dream sequence is used to steal the plot of a better story (A Christmas Carol, It’s a Wonderful Life, A Midsummer Night’s Dream, etc.)
8. A school election causes rivalry between friends
9. An obnoxious visiting relative causes household mayhem
10. A silly spat drives a wedge between MC and best friend

Help me out here. What tired-old plots have you seen on the television lately? And if you’ve seen anything original out there, please do tell!