Sushi and Other Things I Never Thought I’d Do 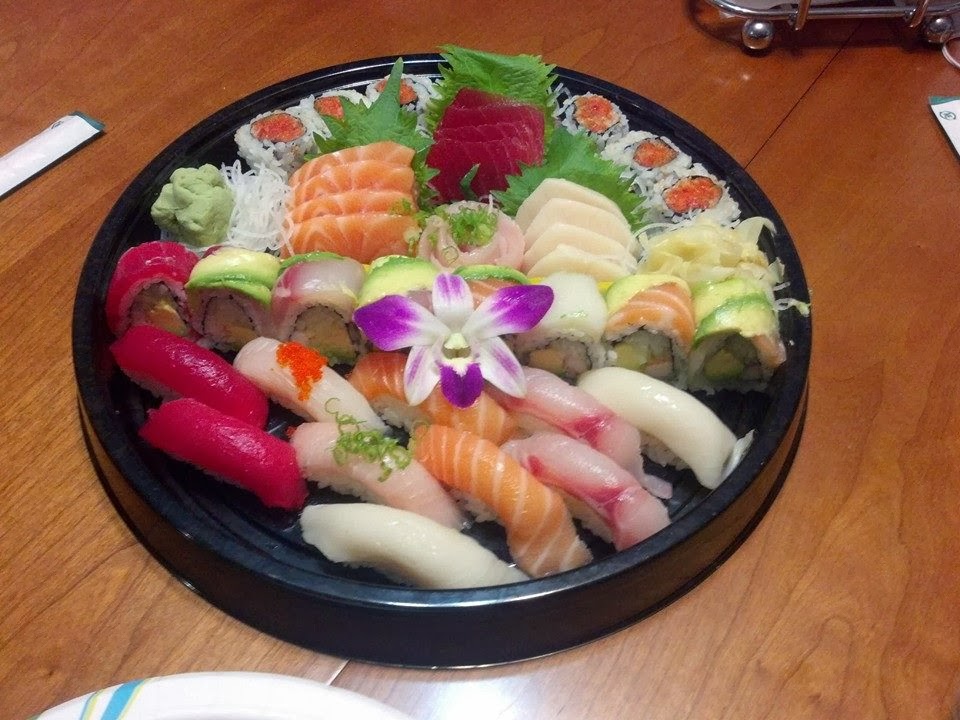 Up until the beginning of October, I would’ve sworn that raw fish would never pass my lips. I mean, it’s fish. And it’s raw. And it’s sometimes wrapped in seaweed. Why would anybody eat that?
I can’t explain what happened to me. Perhaps, because my husband orders sushi regularly at our favorite local restaurant Sake Hana, I just got used to the sight of it.
One night, out of the blue, I asked Bob if I could have a taste. A small one. And then I asked for another.  The next time we went to Sake Hana, I asked him to choose a small sushi appetizer for me. And the next time … we went for the full Sushi Platter for Two.
Now, I can barely make it through the week without craving succulent sushi. Here’s me, dreaming about sushi …

Maybe sushi has something my body desperately needs at my age? I don’t know what. Iron? Fish oil? Something!
Now here’s the part of the post where I try to connect this phenomenon to writing. Ahem …
After writing six historical novels — yes, six, even though only two have sold (so far) – I never thought I’d write a contemporary fantasy series that featured a teen hero with numerous tattoos who rode a motorcycle and carried an ornamental dagger. Where did that even comefrom? It is so foreign to my usual tastes and interests.
Back when I was working on the first draft of that novel, I remember blogging repeatedly about how strange a departure it was from my normal writing. I disclaimed loudly and often that I didn’t know if I would finish it. I also shared this graphic to explain what gave me the courage to attempt it … even though I was sure it would be a disaster. (Just like I thought sushi was yucky.)
There are a lot of other things I’m scared to try – like writing an adult novel and sky-diving. But I think the past year has shown me that many things I thought I’d never do have turned out to be my favorite things to do. I can honestly say, I don’t know what I’ll do next.
(Not sky-diving though. I REALLY think NOT sky-diving …)
What have you done that you never thought you’d do?

P.S. Unicorn Bell has Part 2 of my interview up today: How I moved from self-publishing and a contract with a small pub to finding an agent and her first deal for me.