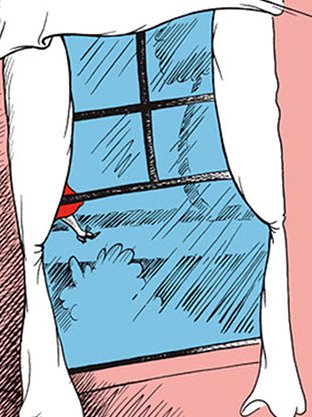 Recently on Facebook, I saw a link to the Parenting Blog at the New York Times where one of the most famous “absentee Moms” in the world was interviewed: The Mom from The Cat in the Hat. The interview starts out with the most obvious questions: “Where wereyou???” and continues on from there in a hilarious fashion.  The mother of Sally and the boy (whatever his name was) gives it back as good as she gets, and I highly recommend reading her thoughts on parenting. 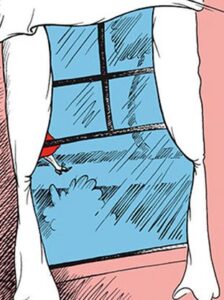 I shared the link and was not surprised when my brother-in-law Larry O’Donnell produced one of his late night discourses on the matter. Although this is the first time he’s done so in verse …
Larry O’Donnell speaks out on “Why It Was Better the Mom Was Not There.”
I did not know the Mom in the story.
She never got much of the glory.
She seemed not to know what was what,
And Sally and brother never got caught.
It’s true that the Cat brought Thing One and Thing Two,
And they all did things they never should do.
Still, we all should note on that awful occasion,
The Cat and his Things did a home invasion.
If Mom had been in that fateful spot,
Could she have stopped them? I think not.
The Kids held the Cat to be true to his word.
To think that was bad would just be absurd.
Mom would have dialed nine-one-one.
Or got the police to come on the run.
The Cops would have quickly surrounded the yard.
They might have brought in the National Guard.
The change in the outcome would have been profound.
The Cat would have gone straight to the pound.
No animal rights group, no cat bail.
The story would have been a terrible tale.
So, let’s all be grateful that Mom was away
So we can enjoy the story today.
The absent Mom should not be in a jam.

I’m glad she was out, says Larry I am.