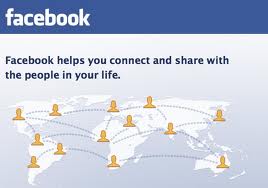 Granted, the snowstorm started earlier than expected. We were supposed to get rain on Wednesday, and the snow wasn’t supposed to start until that evening. But when I got up in the morning, it was snowing like the dickens, and I had received no call.

I’m supposed to get a call – two, actually. One call goes out to the parents of the school district, and one goes out to the teachers. (They claim they can’t fix the system so I only get woken up once.)

I did a double-take and looked at all that snow. Then I shook my phone to see if it was working. Then I checked the school website – and there was nothing.

Then I opened Facebook, which I should have done in the first place.

Five minutes before Gabbey was supposed to walk out to the bus stop, I saw a posting on Facebook that Channel 10 reported a delayed opening for our school district. (Thank you, Tracy Litchfield!)

I don’t know what held up the official school announcement on Wednesday, but I didn’t get my notification phone call until long after Gabbey would have tramped out in the snow to stand out by the road. Lately, Facebook has become my best news source for everything I need to know … births, illnesses, engagements, and school closings …