I’m excited to kick off the release tour for Joshua David Bellin’s book Scavenger of Souls, the sequel to Survival Colony 9, which releases Tuesday, August 23. Josh is here today to talk about the challenges of writing a sequel. 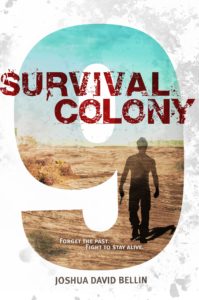 Survival Colony 9 takes place in a future world where human civilization has been devastated by a series of wars and environmental disasters. And then, following on the heels of these cataclysms, a mysterious threat appears: creatures called Skaldi, which have the ability to consume and mimic human hosts.

My narrator, Querry Genn, is a fifteen-year-old boy living in Survival Colony 9, one of the small, mobile bands that came together in the years after the wars. In addition to the severe problems all the survivors face in a desert world crawling with monsters, Querry faces two that are unique to him: he lost his memory in an accident six months before the action of the book starts, and the leader of his colony is a very demanding man who doesn’t tolerate Querry’s disability. The story takes place during a critical two-week period in Querry’s life as he tries to recover his past and fight for his colony’s future.

2. When you first sat down to write the sequel, what was your strategy for approaching it?

I’m not much of a planner; I usually just sit down and write. But with a sequel, I knew I had to be somewhat more systematic than usual. So I jotted down lots of notes, planning out possible narrative trajectories for my main characters, creating brief biographies for the new characters who appear in the book, drawing maps of the territory where the action takes place, and so on. I left a lot of things open, because I’ve found that I do my best writing when I let my characters and my story lead me to unexpected places. It was just a matter of finding a good balance between planning and winging it!

3. When I wrote the sequels for The Eighth Day, I found that I had to dig deeper into my world building and go beyond what the reader learned about the setting in the first book. How did you delve deeper into the world of Survival Colony 9? 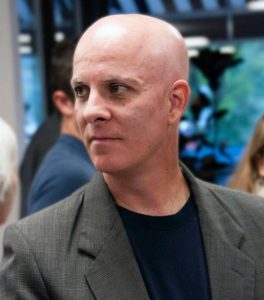 One of the things I wanted to show in Scavenger of Souls was that Querry’s colony was not alone in this world. It seemed to me that, with the almost complete collapse of global civilization, various survival colonies would develop along very different lines depending on any number of factors: who led them, what access to technology they had, where they were situated geographically, and so on. So in Scavenger of Souls, the reader meets a number of different colonies that coexist with Querry’s, but that are very different from—and sometimes in conflict with—Survival Colony 9. Those new colonies were fun to create, and they also gave me a chance to introduce one of my favorite characters in the Survival Colony series: Mercy, a feisty teenage girl living in one of the colonies that Querry encounters.

I also had to delve deeper into the origin of the Skaldi, because I felt that readers would really want to know where these creatures came from and why they were here. Trust me—the answers are not what you expect!

4. What did you struggle the most with while writing Scavenger of Souls? (I’m assuming you struggled. If not, what made it a breeze?) 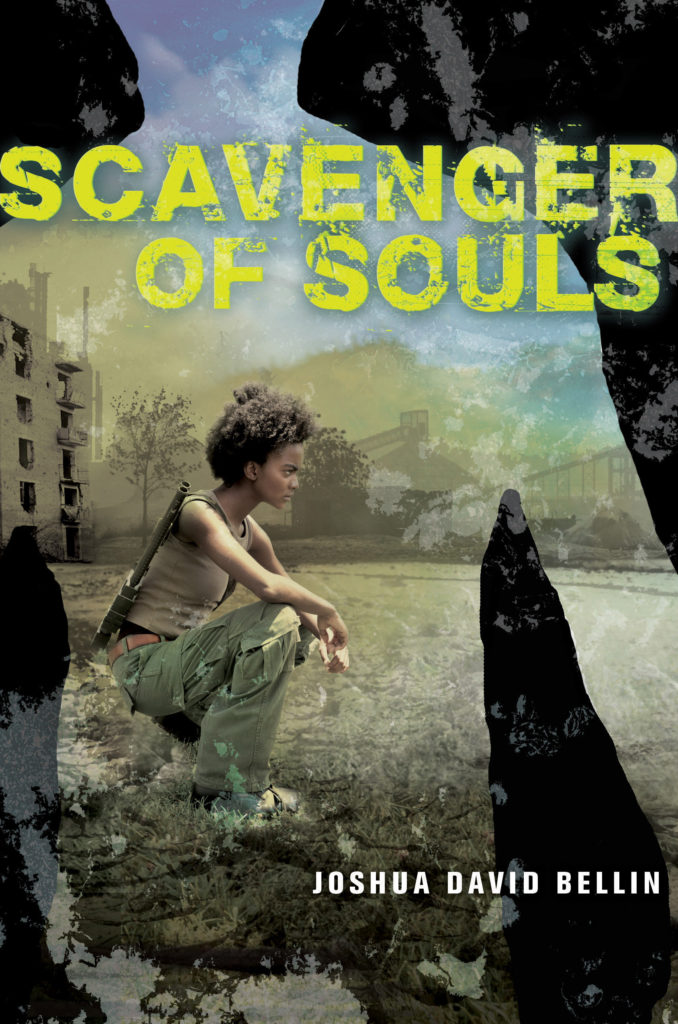 Oh, I struggled all right! I struggled with how much backstory from the first book to include in the second, how to tie up the loose ends from the first book, and how to bring it all to a close while still leaving the reader with a sense that Querry’s story continues beyond the final page. My biggest struggle, though, was that I had originally conceived this series as a trilogy, and when I decided along with my agent and editor to transform it into a duology, I had to make some very tough decisions about what to cut. Never easy to do. My only consolation is that maybe I can use some of the material that didn’t make the final cut in a spin-off story or something!

I’ve completed a third YA novel that I’m super-excited about, a deep-space action/romance titled Freefall, which is due out next year. After that, I’ve got a couple of manuscripts partially written, one of them YA science fiction, the other YA historical. I’ll work with my agent to figure out which one to focus on, and that’ll be my writing project for next year!

Woo Hoo! Looking forward to Freefall as well as Scavenger of Souls! Meanwhile, see below for information about the book, the author, and a giveaway.

Querry Genn is running out of time. He may have saved his survival colony and defeated a nest of the monstrous Skaldi, but that doesn’t mean he has any more answers to who he is. And Querry’s mother, Aleka, isn’t talking. Instead, she’s leading the colony through a wasteland of unfamiliar territory. When they reach Aleka’s destination, everything Querry believed about his past is challenged.

In the middle of a burned-out desert, an entire compound of humans has survived with plenty of food and equipment. But the colonists find no welcome there, especially from Mercy, the granddaughter of the compound’s leader. Mercy is as tough a fighter as Querry has ever seen—and a girl as impetuous as he is careful. But the more Querry learns about Mercy and her colony, the more he uncovers the gruesome secrets that haunt Mercy’s past—and his own.

With threats mounting from the Skaldi and the other humans, Querry must grapple with the past and fight to save the future. In the thrilling conclusion to the story that began with Survival Colony 9, Joshua David Bellin narrates a tale of sacrifice, courage against overwhelming odds, and the fateful choices that define us for a lifetime.

Tantalizing mysteries abound among the human and inhuman inhabitants of the bleak landscape, and the post-apocalyptic plot is satisfyingly full of twists.—Booklist

Set in a gritty post-apocalyptic world, Survival Colony 9 is both an adventure and an exploration of what it means to be human.—Margaret Peterson Haddix, New York Times bestselling author of the Missing Series

Joshua David Bellin has been writing novels since he was eight years old (though the first few were admittedly very short). He taught college for twenty years, wrote a bunch of books for college students, then decided to return to fiction. Survival Colony 9 is his first novel, with the sequel, Scavenger of Souls, set to release on August 23, 2016. A third YA science fiction novel, the deep-space adventure/romance Freefall, will appear in 2017.

Josh loves to read, watch movies, and spend time in Nature with his kids. Oh, yeah, and he likes monsters. Really scary monsters.

To find out more about Josh and his books, visit him at the following: