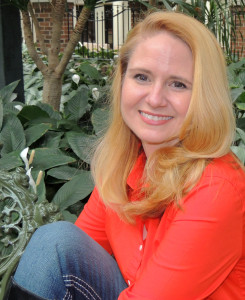 Today I’m helping Stephanie Faris celebrate the cover reveal for the third book in her Piper Morgan chapter book series. What’s fascinating to me is that this cover reveal is happening before the first two books are even released — which led to me having a few questions about the world of chapter book publication. This is outside my realm of experience. Luckily, Stephanie was willing to enlighten us!

I have two middle grade books with Simon & Schuster’s Aladdin M!x line, 30 Days of No Gossip and 25 Roses. Piper Morgan is a four-book series and it’s my first chapter book series.

Piper Morgan is an eight-year-old girl who lives with her single mom. When her mom loses her job, she accepts temporary work that has her leaving home behind to travel. This means Piper gets to hang out with her mom as she works with a circus, a school, an animal rescue shelter, and at a pool and spa store. 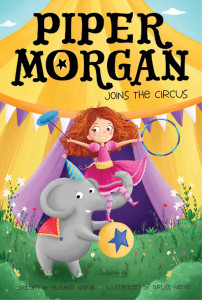 I owe my amazing agent a big thanks for letting me know publishers were looking for chapter books a couple of years ago. After reading every single Junie B. Jones and Magic Tree House book, I came up with the idea of a precocious young girl who gets to go on extraordinary adventures.

Chapter books often come out close together, since children like to be able to read as many as possible in a series. I’m sure even August to November isn’t fast enough for some kids! I believe the strategy behind books one and two releasing the same day is that many kids/parents will buy both books together. I know when I sign at events, kids tend to often buy both of my middle grade books together and they aren’t even a series! The fourth book started as the third, actually—but that book is set in a pool and spa store. The publisher moved it to spring, when minds are more likely to be on swimming, and moved Piper Morgan to the Rescue up to November, making that one book number three. 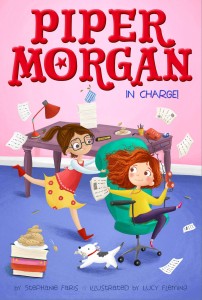 The age difference is huge. The books are much shorter—around 8,000 words for each—and the writing is far younger. Eight-year-olds obviously have less sophisticated vocabularies than 12-year-olds, but I also have to keep in mind that children as young as five or six could be reading these books and try not to overcomplicate the way I describe things.

Good question! I have a middle grade under consideration, so fingers crossed on that one! I have an idea for a middle grade series, but I’m having a hard time getting a complex issue to fit into a fun storyline. So I’ll be twisting my brain into knots on that one for a while.

And now for the cover reveal … 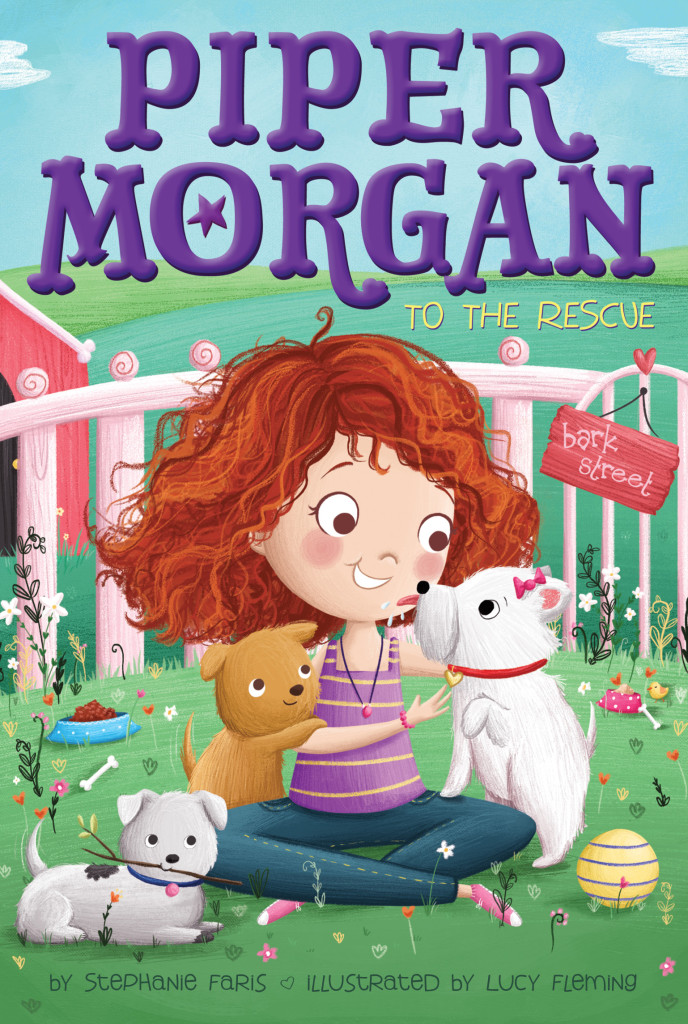 Piper Morgan to the Rescue: Piper is super excited to help out at Bark Street, a local animal shelter in town. Who wouldn’t want to be surrounded by adorable puppies and dogs all day? And when Piper sees Taffy, the cutest dog she has ever seen, Piper is determined to find a way to bring Taffy home. But it won’t be easy—especially when she finds out someone else wants to make Taffy a part of their family, too!

Congratulations, Stephanie, on all three of these adorable covers!

Below you will find a Rafflecopter giveaway for an ARC of Piper Morgan Joins the Circus. And if you don’t already know and follow Stephanie, you can find her at all these places.