7 Reasons Why I’m Psyching Myself Out 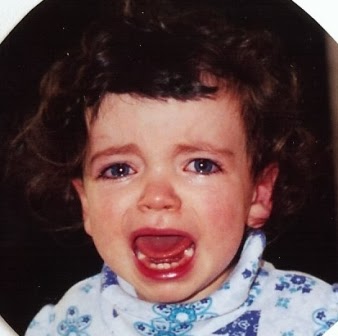 I’ve been fretting a lot because the first draft of Book 3 in the EIGHTH DAY series is not coming as easily as I’d like or as fast as I want. I know I’ve complained a little about it here on the blog, but that’s NOTHING compared to all the whining my family has had to put up with!
Rationally, I know there are very good reasons for the trouble I’m having. It’s difficult to stop beating myself up, though. After all, I wrote the first draft of Book 2, THE INQUISITOR’S MARK in six weeks. Six weeks! I started working on Book 3 at the end of July. It’s going on six months now, and I haven’t completed a full draft.
Here are some reasons why this book is evolving slower:
1. I wrote THE INQUISITOR’S MARK after the acquiring editor for THE EIGHTH DAY had retired but before I was assigned a new editor. THE CAGED GRAVES was finished, but pre-release promotions hadn’t started. It was literally the only project on the table for me, and nothing else happened while I was working on it.
2. Since I started writing Book 3, I’ve been interrupted to proof-read THE EIGHTH DAY and make editorial revisions on THE INQUISITOR’S MARK twice.
3. Additionally, every couple weeks there’s a new shiny thing cropping up to distract me: ARCs for THE EIGHTH DAY, cover flap blurbs for THE INQUISITOR’S MARK, a new paperback cover for CAGED GRAVES, and would you believe the cover blurb for the paperback version of EIGHTH DAY, which hasn’t even released in hardback yet!
4. When writing Book 2, I had to blend a new cast with the characters from the previous book.  When writing Book 3, however, I have to blend another new cast with the characters from twoprevious books. That’s a lot of characters needing parts – or reasons for being absent from the story. (Maybe I should have killed more of them off?!?)
5. TED established rules for this fantasy. TIM established even more rules. I now have to live with all those rules in Book 3, even when they are inconvenient.
6. When I wrote TIM, it was full of inconsistencies, plot holes, and unsatisfactory explanations. But I didn’t notice most of them until I was finished. Then I fixed them. Then my editor saw lots more. And I fixed them, too. But I can’t seem to muster that essential blindness for the first draft of Book 3. I fixate over every plot hole, and I can already hear my editor’s questions in my head – even though she will never see this terrible version of the story!
7. This is the third book in the series, and possibly the end. The climax (which is where I’m at) needs to be BIG – bigger than the other two. And the falling action needs to wrap almost everything up, while still leaving enough wiggle room for the series to continue if it’s successful. My first editor asked me to plan a 5-book story arc, and it’s hard to un-see that vision and think of it as a 3-book arc now, but that’s really what I need to do in order to get it right.
So, that’s it – all my excuses why it’s taking so long to write this book. And while I can’t do much about the distractions (as if I’m going to ignore cover designs when they come in?) or the complications inherent in writing the third book of any series, what I can do is remind myself over and over that THE FIRST DRAFT IS ALLOWED TO STINK.