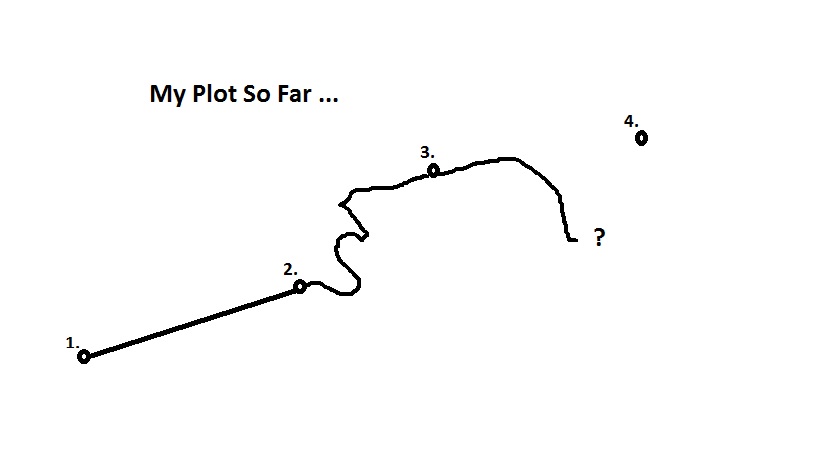 I’ve often called myself a pantster on this blog and confessed that I cannot outline a book I’d want to write. (I can outline a story that sucks … no problem there.) But I’m not really a pantster in the sense that I take off writing with no idea where I’m headed. I generally have several broad plot points in mind, a beginning, a conflict, a few key events, and an ending. 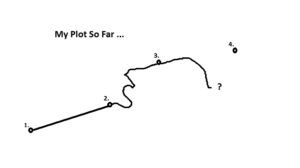 These plot points are the dots in a mysterious picture that will become my first draft. Connecting the dots is the ultimate challenge, and I don’t really see the big picture, including themes, until I’ve connected the last dot and realize, Aha! Now I know what story I was trying to tell. That’s why I always roll right into my second draft without a break. It’s kind of like the real first draft, with the first one being an exploratory venture.
I was stuck this past week, trying to find my way from the current dot to the next one. And worrying about how I’d get to the ones after that. These particular plot points make sense in my tentative summary of the story. They sound really good, in fact. Making them happen – that’s trickier.
A couple of long emails with CP Marcy Hatch reassured me that the emotional state of my main characters was in the right place for what I needed them to do. I’ve still got a new character with important backstory that I haven’t found a place to fit in, and a plot thread that hasn’t wormed its way thoroughly into the main action, even though my gut says it has to be here.
This book is particularly tricky to write because it’s the third in the series. I know my main characters well, but I have to put them under a great deal of stress, testing their loyalty to each other in ways that make me uncomfortable. This book could be the end of the series, or – if the publisher picks up the option for two more – it could be the midpoint. That puzzled me in my initial planning, but now I know what has to happen in this book. Regardless of whether this is the end or only just the middle, certain things must happen.
So, I’m currently fumbling my way toward the next dot like I’m playing Blindman’s Bluff or Pin the Tail on the Donkey.

What are you currently working on?