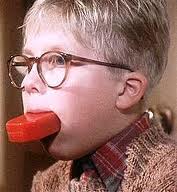 As a historical fiction author, I haven’t had to worry too much about using swear words in my writing.  If a character peppers his speech with an occasional “damn” or “hell” in a 19th century setting,  that was plenty of cursing for the context, and shocking besides.
From WE HEAR THE DEAD:
“Now what the devil does that mean?” asked Mr. Duesler.
“Bill, your language!” whispered his wife.
When writing my “Tesla-punk” manuscript (set in 1908), I invented my own curses. The apprentices in Tesla’s research lab take the names of scientists in vain with expletives like:
·         Bell’s Balls
·         Great Bob Fulton’s Left Nut
·         Well, I’ll be Darwin’s Monkey Uncle
·         Aristotle’s Great Hairy Ass
·         Giordano Bruno on a Toasting Fork  (look him up)
I’m not sure if those expletives will survive to the final version, or whether they will be deemed too corny to live. But I had fun writing them, so they served their purpose.
But now I’m working on a story with a contemporary setting, and for the first time I have to decide where I draw the line in cursing. Believe me, I’ve heard plenty of real teens, so I know how they fling the F-word around.  I don’t want to use that one, however, and even when I used the SH-word, I was uncomfortable and took it out.
However, I’m pretty sure the character I wrote about on Friday wouldn’t holler “Aristotle’s Great Hairy Ass!” when things don’t go his way.
For all you writers out there – how do you handle swearing? Where do you draw the line?